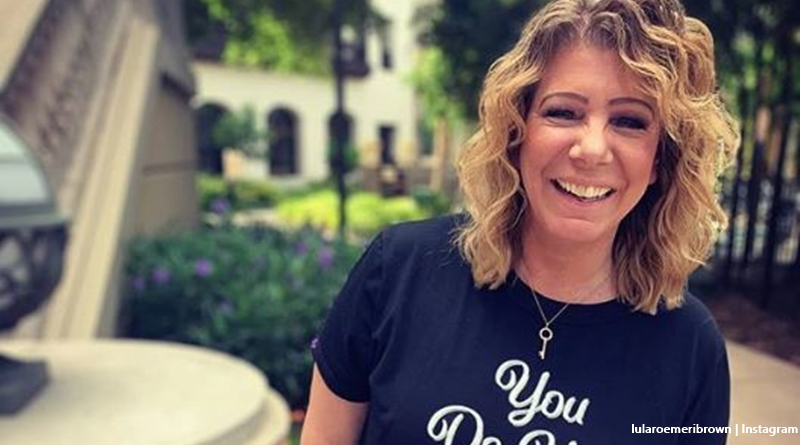 Sister Wives star Meri Brown’s one of the few regulars among Kody Brown’s women who shares regularly on Instagram. Perhaps that’s why she’s also the main one who gets all sorts of ridiculous rumors floating around about her. And, now she shared that she’s been at a LuLaroe leadership event. She shared a few stories and posts while there, and it looked like she enjoyed it very much. But, now she shared a photo of one of her friends there, calling her a “girlfriend.” Immediately, fans got some silly ideas about it.

Fans of the TLC show see some very silly misinterpretations of Meri’s posts on Instagram. She took Mariah’s doggie back to Chicago and that got taken as her permanently leaving the family and Flagstaff. She went on a LuLaroe trip without Kody, and that got taken as she’d abandoned him. If she posts a photo of a male relative some silly Sister Wives fans immediately assume it’s a new boyfriend.

Actually, this must really seem bothersome to Meri Brown. She’s in the spotlight and probably used to people picking her out a crowd and asking for selfies. But, one has to wonder if she grows tired of all the rumors that arise on her own Instagram page. Her latest post just showed two women who enjoy common interests, and each other’s company. But lots of fans immediately started questioning what it all meant.

The post about Meri’s girlfriend gets some quite silly reactions

Women often refer to their female friends as ‘girlfriends.’ On her latest Instagram post this Sunday, Meri captioned a photo of her and her friend with, “Girlfriend I love you! What a great weekend at Leadership, can’t wait to do it again in January!!” While many fans of Sister Wives noticed how attractive both women look, others picked up on the word “girlfriend.” Straight away, people started posting “Girlfriend?” And, of course, many of those came with loads of question marks.

Others came up with their call-caps “WHAT???????” comments. Another fan posted, “WHAT, WHAT, WHA????” One follower assumed, “you are no longer part of the family in an active way.” Yet another, also jumped to a conclusion from the caption, noted, “What?????? And koddy??? (sic).” One fan noted, “this is how rumors get started!!🤔😂.” And yes, other people perhaps with a better level of maturity chided them a bit. After all, girls that enjoy female friends often refer to them as “girlfriends.”

What do you think about fans getting some silly ideas about Meri Brown who shared about her girlfriend? After all, it’s a common expression in many parts of the world. Do you think this sort of reaction’s exactly how rumors get started? Sound off your thoughts in the comments below.