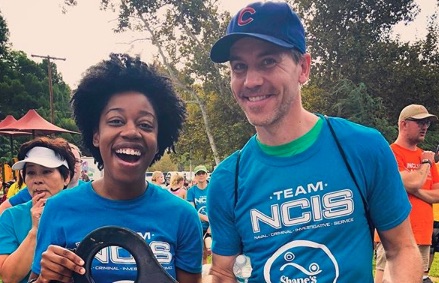 On Wednesday, an NCIS fan expressed his love for Kasie Hines. The quirky forensic scientist, portrayed by Diona Reasonover is the newest member of the team, so fans still don’t know much about her. This is going to change. Reasonover promises that an upcoming episode may give us some insights to Kasie’s pre-NCIS days. What did she reveal?

What do we really know about new NCIS forensic scientist Kasie Hines? We know she idolized Abby Sciuto (Pauley Perrette) and she is a keen observer. She is the only one to point out that Torres (Wilmer Valderrama) and Bishop (Emily Wickersham) have a sort of thing going on. But, actress Diona Reasonover has hinted to Digital Spy that sometime in the November sweeps month we will learn a bit more about the quirky Kasie.

“We’re going to have a chance to learn about the people that are important to Kasie, and they’re going to meet an old friend of hers that really tells you a lot about the way she interacts with people outside of work.”

Reasonover promises that her work and private life “collide.” Sounds like more craziness? Maybe not. Reasonover admits that it was “really tough” filming this emotional episode. As an actress, Diona says she gets to show a different part of herself.

What has been really key for her is that she is growing into her character. Replacing Pauley Perrette’s Abby Sciuto was a tough act to follow, but Diona is finding that fans are liking Kasie now. Best of all, she is liking the character she is portraying on NCIS.

One of the toughest parts about playing Kasie is that she has to spew out a bunch of information in a short period of time. But, her growing relationship with Jimmy (Brian Dietzen) is going to let NCIS fans get to know her even better. Diona explains that “She and Jimmy are getting to be these really funny friends.” Speaking of Jimmy, will he have any sort of revelations about him during NCIS Season 17?

NCIS fans, are you interested in finding out more about Kasie Hines? Are you excited that there will be more about Kasie and Jimmy in upcoming episodes? Please share your opinions in the comments field. Be sure to check back with TV Shows Ace on the latest NCIS news. NCIS Season 17 airs on Tuesdays on CBS.