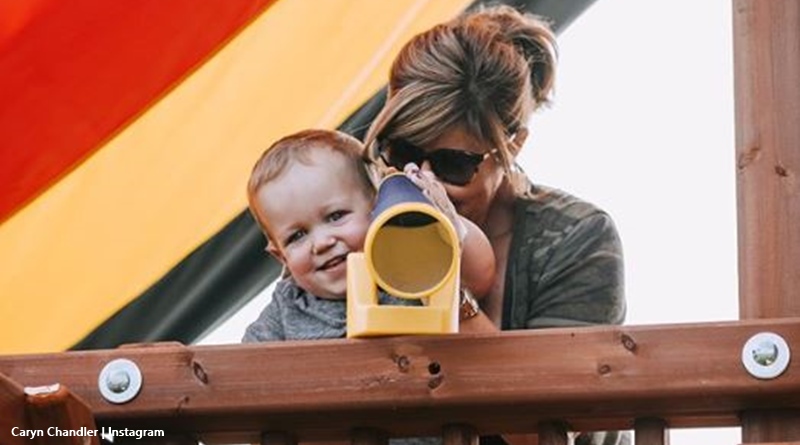 LPBW fans know that Tori Roloff’s well along in her pregnancy now. Caryn Chandler shared a photo of herself,  Tori, Jackson, and her daughter. Of course, cute little Jackson stole the show again with his photobombing smile, and fans noted that Tori’s looking ready to pop.

Pumpkin season on the Roloff Farms is in full swing. Crowds that get there rave about it as much as they ever did. Of course, many of them hope for a glimpse or even a quick chat with one of the TLC stars. This year, we see more of Caryn Chandler than last year. Fans might recall that last year she tried to avoid it a bit, possibly as Amy had some issues with her. But, this weekend Caryn shared a photo of her and Jackson with her own daughter and mom-to-be Tori.

TV Shows Ace reported that judging by the announcement Toris made about her pregnancy, that we could expect their second baby toward the ends of November. We reported, “On July 15, Tori Roloff shared a baby bump photo update on her Instagram. In the caption of the photo, Tori wrote that she was currently at 20 weeks. That would put Tori Roloff due to deliver at approximately the end of November, possibly around November 25.” But the LPBW star looks huge now, and just about ready to pop, several fans noted. So getting out and about during the Pumpkin Season might be a bit tiring.

The photo that Caryn shared got a lot of fans laughing about Little Jackson Roloff photobombing and stealing the show. This little cutie’s really got a smile that melts the hearts of Little People, Big World fans. Fans hope that his little sister will also be a cutie-patootie. In the pic that Caryn shared, the smallest member of the LPBW family stood next to Caryn and his mom and lit up his face with such an adoring smile. Many fans commented on that.

One fan said, “The way Jackson is looking at you 😍.” Another noted, “That smile from Jackson as he looks at you!! Priceless 👍👍.” Another follower said, “Jackson steals the show!” Plus, “Jackson photobombs with his lovely smile,” another noted. Actually, may fans like it that Jackson seems to really love his “Cha Cha.” Some fans may have issues with Caryn being with Matt, but it certainly looks like Jackson’s happy with her. His smile is really precious, many LPBW fans think.

Judging by comments from fans on the various Roloff IG accounts, the Pumpkin Season’s been a great success once again. Those fans hoping for yet another season of it might stop and consider what one fan said on a post: “What a beautiful picture of everyone together. I hope it’s [an] amazing pumpkin season for everyone. Jackson and ember are so adorable. Just think next pumpkin season there will be 4 Roloff grandchildren. Wow, yes that’s correct, so LPBW fans have lots of baby news to keep an eye out for.

What do you think of the photo that Caryn Chandler shared? Do you think Tori Roloff looks about ready to pop? And what about that smile on Jackson’s face? Do you think it’s the cutest? Sound off your thoughts in the comments below.