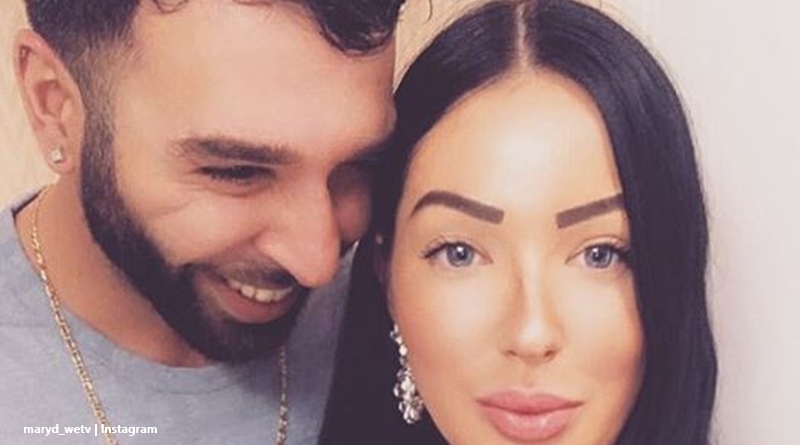 Love After Lockup brought us Mary and Dom back in Season 1 of the WEtv show. Fans can recall that Dom served time for assault following a 2009 bar fight. The brutal fight and the aftermath are behind them now, and the Canadian couple married and announced a baby on the way.

While we saw the couple marry in a short ceremony on the show, later, Mary said on her IG that they had a big bash with friends and family. And they seem very happy. Well, now a baby’s on the way they sound ecstatic. According to Starcasm, this baby will be only the “second child born from a Love After Lockup relationship. Mary and Dom’s child will join Zoila, the daughter of Season two stars Brittany and Marcelino Santiago.”

On her Instagram and Twitter, Mary shared the happy news. Holding an ultrasound scan, and hugging Dom, she noted, “B a b y D a d d y & B a b y M a m a 👶. COMING APRIL 2020 🍼❤️ #expecting #15weeks.” Fans and former cast members congratulated the couple. Johnna DiGrigoli from Deason 1 said, “Omgggggg girl!…Yes! So excited for you!” In the comments, Mary said the due date for their baby is set for April 4 next year.

Fans hope for a new season with Dom, Mary, and the baby

Fans and friends poured out their congrats to the Love After Lockup couple. Quite a few of them hope this might mean we’ll see them in another show or a new season. One fan said, “Awesome!!! Congrats! Hope y’all get your own show!!!❤️🤗.” And, it seems Mary wouldn’t object to that, as she replied with loving-eyes and prayers emojis. Another fan got super-excited, noting, “This makes me so happy after watching you guys on TV! ❤️ congratulations! You guys are gonna be awesome parents!”

On the same theme of wanting to see more of the couple, anther fan shared a comment They said, “Omg congratulations @maryd_wetv now you need ur own show so we can follow ur journey.” Naturally, it looks like mary will certainly keep fans updated as the pregnancy progresses. Fans really hope that all goes well and the baby arrives safely.

Fans on Twitter react to ‘Baby After Lockup’ announcement

Over on Twitter, fans also reacted to the baby news by Mary. They also congratulated the Love After Lockup couple. Here’s what some of them said:

What do you think about the great news from Season 1’s couple Dom and Mary? Are you excited that there’s a ‘Baby After Lockup’ for the Canadian couple? Sound off your thoughts in the comments below.

Tammy Slaton Celebrates Birthday: How Old Is She, Anyway?
Duggar Cousin Amy King Urges Anna To Stop Being Silent & Tell Her Story
Ashley Iaconetti Of ‘BIP’ Shared What Scared Her Early In Pregnancy
Kourtney Kardashian STUNS While Rocking Glow-In-The-Dark Bikini
Amy King Teases That Jill Duggar May Be Working On A Tell-All Book