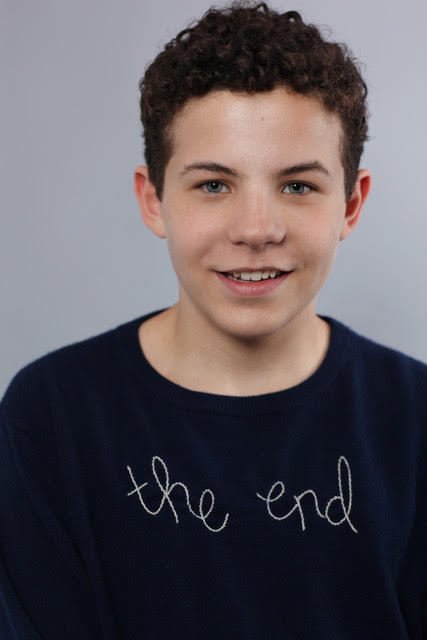 Jadon Sand is one of the stars of the hit show The Affair. TV Shows Ace got the chance to interview him on Monday about his role and Season 5 of The Affair. Check out what Jadon Sand had to say.

Happy 17th to my older sister @imandy.official (not actually related but basically)! We love you SO much! I can't believe how quickly time has flown. It seems like yesterday that we were playing America's Got Talent Idol and you were force feeding me mayo grilled cheese. I hope your day is amazing, and and I can't wait to make so many more memories with you this year!😊👍🎉 🎁 🎂 👏

How did you land the role in The Affair?

“Honestly, to this day I’m not sure. Most of the time when you audition for a project and especially for a series regular for a pilot, it’s a huge process. There are callbacks and producers sessions and test reads; it usually takes quite a while. That was not the case for The Affair at all. I auditioned in Los Angeles the first time around and we didn’t hear back. We didn’t think anything of it though. We just figured they had gone with someone local. Then, a week later, we got a call asking if they could test my audition tape in New York. A week after that, we were headed east to shoot the pilot. It was crazy fast, but so exciting!”

Are you surprised that it made it this many seasons?

“Yeah, I’d say so. I mean, the show has always been awesome, but the season three finale wrapped things up a bit and I thought it was over. Then we saw they’d been picked up for a fourth season and after that I was pretty sure we’d go to at least five. Looking back on it now though, this season is such a perfect ending for the show that I’m not sure they could have done it any other way. I think we needed to get to season five to tell the whole story.”

Season 5 of The Affair

Any clues you can give us about the final season of The Affair?

“Any clues I can give you? Yes. Any clues I’m legally allowed to give you? Iffy. I will say that season five focuses on the ripple effect that Noah and Alison’s affair had on all these characters and there are still some stories left to tell this season. As far as Trevor goes, he still has issues with his father, he’s still coming into his own, and he is still growing up. You already saw a bit of it in the episode at Sasha’s Halloween party, but there are two things that happen later in the season that, in my opinion, are the final steps for Trevor’s growth as a character, at least as far as the show is concerned.”

Are you working on any other projects at this time?

“I’m actually writing two projects of my own right now, a Christmas short film and a Sci-Fi feature. They’re both coming along really well and I can’t wait for you to see them. It might be a while, but I promise it’ll be worth the wait!”