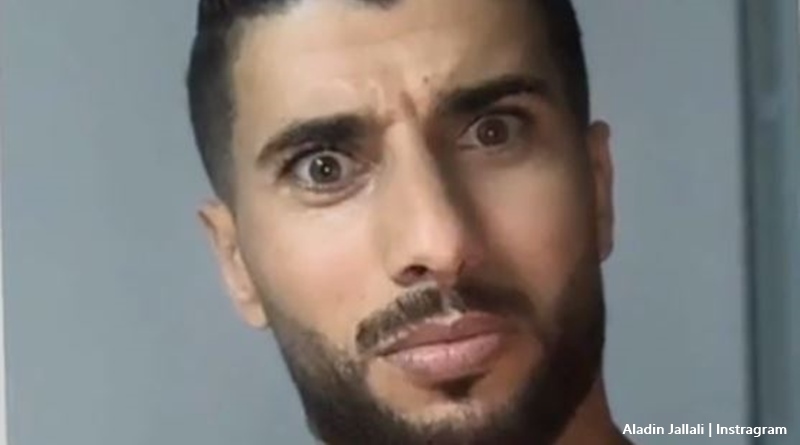 90 Day Fiance fans scuttled off to support Aladin Jallali against Laura’s various allegations she was pregnant, Aladin abused her, and more. Initially quiet, Aladin recently started hitting back with funny clips and short sentences about it all. Many fans think Laura behaved badly, but now there seems to be a cooling-off of support for him. More fans question what he was thinking of when he married her in the first place.

90 Day Fiance fans see a new clip by Alladin, not all of them like it

On Sunday night, Aladin popped up another short video clip. It showed him with a funny face and three short sentences. The slide show said, “When someone says they will destroy you…But they accidentally set themselves on fire instead!” Then it said, KARMA,” and “It’s coming for ya.” Well, many fans agree that Laura did badly by him. But, unusually, there seem to be more followers of the handsome 90 Day Fiance cast member who don’t like what he’s doing.

It certainly looks like Laura lost a lot of followers and fans. But, it also looks like Aladin’s losing some support as well. Perhaps it had something to do with the preview of the Tell-All. In that, we saw Laura really upset, saying she’s never “been so humiliated” in her life. It came after we saw Aladin telling her to listen to him, as he’s her husband. Or he was back then, anyway. The final snippet of the clip showed Laura’s adopted brother Ludwin taking her gently by the hand and leading her away. Maybe that’s the reason some fans now back up Laura’s side of the feud.

Cooling off fans wonder why Aladin married Laura, two sides to all stories

Most people understand there are always two sides to every story. Not all the critics even agree with what Laura did. But, many of them now direct some harsher criticism towards Aladin. At one stage, it was almost impossible to find any critics of Aladin on his Instagram. Many thirsty fans just went there to tell him he should marry them. But, either Laura’s got a core of fans with multiple accounts, or some genuinely think something went down and point to Aladin making some wrong moves.

90 Day Fiance fans with questions and a bit of a beef about Aladin spoke up. Here’s what some of them said:

Obviously many hundreds of fans still think Aladin’s witty and fun and good looking. And, many 90 Day Fiance fans think Laura’s way out of line. But some followers think that it’s not nice for Aladin to be disrespectful in return. What do you think? Is this all Laura’s fault? Is Aladin at fault to a certain extent for marrying her in the first place? Sound off your thoughts in the comments below.