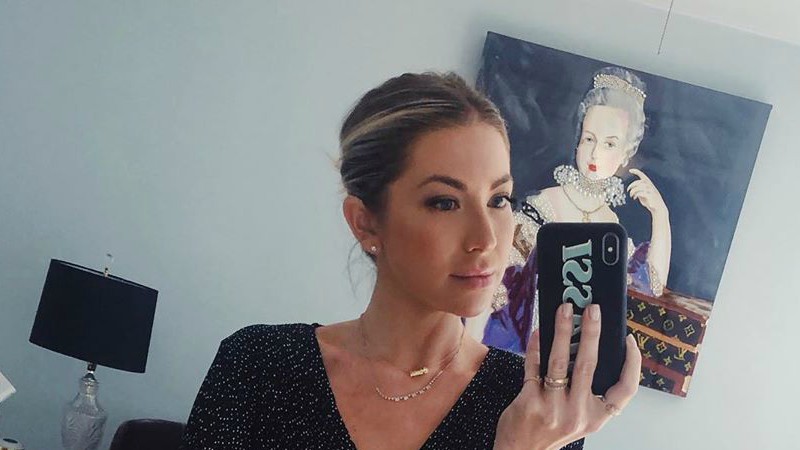 Vanderpump Rules isn’t even airing right now, but the cast is still feuding. Jax Taylor recently unfollowed several cast members on Instagram. Kristen Doute was one of the people Jax unfollowed. However, the duo clearly made up.

Kristen posted a photo on Instagram of her and Jax a week ago. The caption read, “He loves me, he loves me not. HE LOVES ME.”

he loves me, he loves me not… HE LOVES ME 🌼 @mrjaxtaylor

One co-star who hasn’t buried the hatchet yet with Kristen is Stassi Shroeder. In a recent episode of her podcast, Straight Up With Stassi, she revealed that she is “taking a break” from Kristen.

“It doesn’t mean I don’t care about her. I absolutely do. Sometimes you just can’t be in the same room with someone without wanting to kill them.”

As any viewers of Vanderpump Rules knows, Kristen can be a lot to handle. Especially if she’s drinking. Her relationship with Brian Carter imploded on Season 7 of the hit reality show. In September, Kristen took to Instagram to clarify that the former couple are still friends.

Relationships are messy, and it's not fair to anyone to hide from the truth for the sake of criticism. Let's start there. I haven’t come to terms with everyone wanting a black and white answer of where Carter and I stand. I want to scream, what about the gray parts of this, the undefinable aspects of loving and caring for someone, while knowing that they aren’t your person anymore? After the therapy, the meditation, all the steps you take to pursue actual self love, how do you define the realization that you have to move on in order to truly grow? I've been called a hypocrite, a villain, for not communicating what has been going on between us because it has been just that… between us. But we both deserve this weight to be lifted, so this is our version of a conscious uncoupling. Carter and I both know and have come to terms that our new label is friends – full of the utmost love and respect. He’s one of the most wonderful people I’ve ever known. As we unravel what has been for so long such an intertwined life, it hasn't been easy. But it's a step in the right direction. It may not be the black and white answer everyone is looking for, but it's our answer and that will just have to do.

Stassi says the same thing about her and Kristen. However, she offered some insight into why she felt the need to take a break from their friendship.

“…I’m like, ‘Listen, I have to take care of my own mental and emotional health first.’”

In an interview with ET, Stassi opened up about her wedding. She hopes for a wedding next year. Fans can expect to see some of the planning on the upcoming Season 8 of the Vanderpump Rules. Stassi hasn’t rules Kristen out as a bridesmaid. However, she did go wedding dress shopping without her former close friend.

Sources hint that another new cast member may be joining the show. Scheana Shay’s best friend, Janet Elizabeth, is rumored to be the newest VPR co-star. Her appearances on the show haven’t been confirmed yet.

Season 8 of Vanderpump Rules will likely air in early 2020 on Bravo.