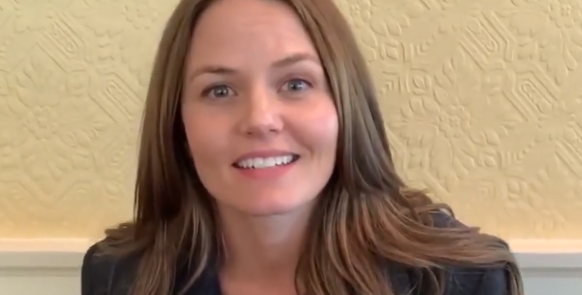 Season 4 on This Is Us has a few new faces. One of those is Jennifer Morrison. In June, it was revealed that Morrison would be joining the cast. At that time, no one knew exactly how she would fit in.

TV Line broke the news and said, “Details about her character are being kept under wraps, but sources confirm that the in-demand actress will have a ‘substantial’ presence on the NBC hit.”

Now that Season 4 of This Is Us is underway, fans are figuring out who exactly Morrison’s character is. Fans have begun to speculate and have a few ideas.

Jennifer Morrison talks about getting role on This Is Us

Recently, Morrison opened up to Entertainment Weekly and talked about getting the role on the show. She said,

“By the way, this was not something that was just like offered to me. I had to fight for this. I love the show. I’m a fan of the show, and I’ve heard that there was a great guest arc coming for a strong female and [creator] Dan Fogelman auditions everybody. Everybody auditions for the show. My team came to me and they were like, ‘Is this something that you would want enough that you’d be willing to read for?’ And I said, ‘Uhhh, yeah!'”

Once again, in the interview with Entertainment Weekly, Morrison verifies that she has a significant role in the show. She did not say how long she would be around, but she’s definitely an important part of Season 4 of This Is Us.

So far, fans know a little bit about Morrison’s character on the show. Of course, with much of the season still to come, there is plenty to learn about her. Plus, there are a couple more seasons coming up. Right now, fans know that Morrison plays a veteran named Cassidy. They know about her family and her PTSD, but that’s about it.

As of right now, fans seem to think that Cassidy is Kevin Pearson’s future love interest. Most fans agree that this makes the most sense because those two are the only characters whose lives have crossed paths. She also met Nicky, Jack’s brother.

At the end of Season 3, fans briefly saw Kevin’s son. When Morrison was asked fans speculating about her being Kevin’s son’s mother, she said, “They’re speculating about any woman who could possibly have logistically had his child. So I feel like I’m in good company with all the people being speculated about…. They can speculate. There’s nothing more I can say.”

On This Is Us, there is always room for plot twists and unexpected surprises. What we know about Morrison’s character right now could be totally different from who she actually becomes in the show. Only time will tell.

What do you think of Jennifer Morrison’s character, Cassidy? Do you have an idea about what her role could be? Leave a comment below.

Don’t miss This Is Us on NBC on Tuesday nights.