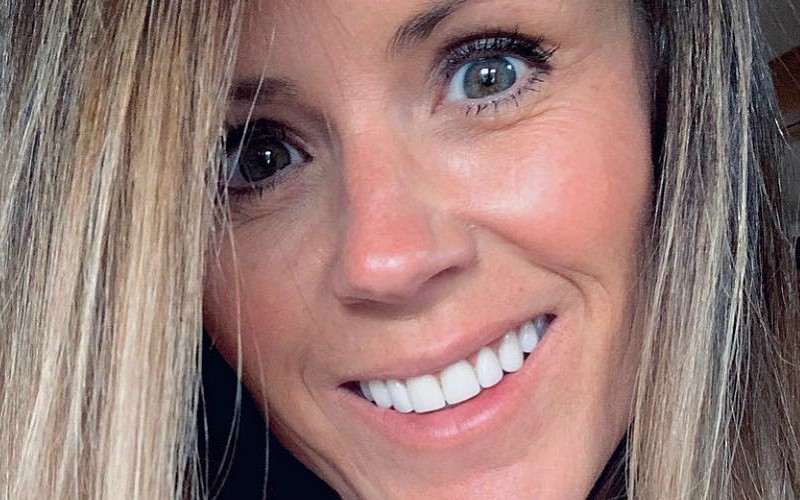 Former Bachelorette Kaitlyn Bristowe recently ruffled a lot of feathers. The reality TV star slammed Bachelor creator Mike Fleiss. She claims he blocked her from appearing on Dancing With The Stars.

In a podcast interview, Talkhouse Podcast, Kaitlyn addressed her feelings about the ABC executive. Telling host Nikki Glaser that Fleiss is a “piece of s**t,” Kaitlyn made troubling allegations. She claims Fleiss blocked her from appearing on the show Dancing With The Stars after her season of The Bachelorette ended.

Kaitlyn believes Fleiss’s hatred of women is why he prevented her from competing on the dance show. However, that doesn’t make a lot of sense. Former The Bachelorette star Hannah Brown is a contestant on the show’s on-going season.

ET recently asked Trista and Ryan Sutter their thoughts on Kaitlyn’s comments. As fans know, Trista and Ryan have been together for 17 years after finding love on the show’s first season. Trista is often referred to as the OG of the show.

Ever the voice of reason, Ryan said Kaitlyn likely had a “personal reason” for saying that. Trista was more forthcoming. She brought up her long history with Fleiss that dates back to the production of the first season, saying,

“Mike and I are close, and we have a lot of history. But, I also adore Kaitlyn. So I don’t know what’s going on. I love both of them and it hurts me that there’s any kind of discourse.”

Trista also said she didn’t know anything about Fleiss blocking Kaitlyn from appearing on DWTS. She did say maybe there is a chance the former Bachelorette can compete in the future.

ET also asked if Trista thinks the seasons should end in a proposal. More and more contestants are choosing not to give away final roses, or the relationship ends between the time the proposal is filmed and the After the Final Rose conclusion.

While Trista says her journey with Ryan ended in a proposal, it’s not required from the producers. She explains,

“I think that however you feel at the end of the show, go with it. There’s no requirement. It’s not like they say you have to get engaged.”

The original Bachelorette is very supportive of the show and the new leads. She posted a sweet note to the latest Bachelorette, Hannah, on her Instagram.

Dear @alabamahannah, I hope that 17 years from now, you are reflecting back on the beginning of your love story, like I am gratefully doing tonight. ❤️ Whomever your final rose goes to, I wish you both a life of love and luck, grace and growth, and happiness beyond your wildest dreams. Kisses from Colorado!! 😘❤️❤️❤️ #thebachelorette #finalrose #yesitwas17yearsago #icantbethatold #actuallyican #blurrypicturedontcare

Carly Waddell Rushed To Hospital, Evan Bass By Her Side, What’s Going On?
‘Sister Wives’ Meri Brown Fulfills Mother’s Last Interrupted Plans
‘Fat Amy’ Is Out, Amy Halterman Identifies As Skinny Now: See Photos
‘AGT’ Klek Entos: Who Is The Man In A Bizarre Mask?!
‘Bachelorette’ Preview: Katie Warns Clout-Chasers To Get The Eff Out