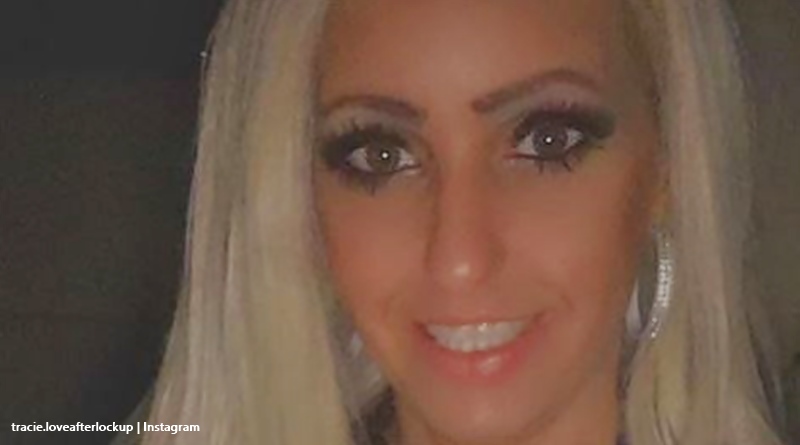 Love After Lockup: Life After Lockup premiered on WEtv on Friday, June 14. We saw the return of Tracie Wagaman and Clint. In the previous season, we never much of her as she was inside for drug offenses. Later, we heard she got arrested again in August. Maybe she dealt with the fallout from that, but she stopped posting about a month ago on Instagram However she broke her silence on Friday, and fans want her back on the show.

After her absence from Instagram, Tracie posted a lovely photo of her. Actually, it looks like she learned how to use makeup since we last saw her. Fans think she looks really attractive. Her post said nice things to her fans. She noted, “Hello IG friends! Just wanted to say hello to everyone.” But, she noted that going forward for a while, she “will not be posting as much.”  She said that she wanted to check-in and thank her fans for “all your support and thank you for being true.” The Love After Lockup alum noted, “All you guys kept it real with me 100. Even when I wasn’t on here for the past month. Talk about being dedicated, loyal, & just pure realness. That’s what you all are… Your 100 awesome!!!!!”

Well, lots of fans think Tracie’s pretty awesome as well. Some gave her concerned advice. One follower said, “Wow you look so different & better! I just googled you & read all your arrest charges 😳 Girl you need to straighten out your life! Best of luck on your next trial & life 🍀.” Well, we don’t know where she’s been for the past month. But, it seems she’s been dealing with those pesky drug arrests. But, plenty of fans hope she gets things together.

Fans clamor to get Tracie Wagaman back, love her pic

Reacting to the post, it’s clear that Love After Lockup fans really want Tracie back on the WEtv show. Even more so, as Tracie confirmed in the comments that she and Clint remain together and are happy. One fan said, “You look so pretty! Miss seeing you and Clint on tv. This season ain’t the same😫.” Tracie replied to that as well, noting, “Yeah I heard the season sucks.” Another fan agreed with Tracie, saying, “It does! It’s a snooze fest compared to your season. I want all of you to come back 💕.”

Many more fans commented about wanting them back. One fan said, ” I wish you guys would be back! I like all the couples on the first season. This season is SO boring! Miss seeing you and Clint!!! You look beautiful and healthy!!!!” And, yes, Tracie looks really beautiful. Most people agree on that by hoping for some magazine cover work.  But she seems a bit busy right now. Tracie told her followers, “I really can’t talk about much what’s going on with my case but I’m just taking it day by day.” Plus she’s still waiting for her next court date.

Hello IG friends! Just wanted to say hello to everyone. I know I haven’t posted in a while and I will not be posting as much but just wanted to check in with everybody and say I love you all. Thank you for all your support and thank you for being true. All you guys kept it real with me 100 Even when I wasn’t on here for the past month. Talk about being dedicated, loyal, & just pure realness. That’s what you all are…. Your 100 awesome!!!!!

So for the time being, it looks like if you wish to see more of Tracie Wagaman, all you can do is check out her Cameos online.  Are you happy that Tracie broke her IG silence? Would you love to see her back on the show? Sound of your thoughts in the comments below.

Remember to check back with TV Shows Ace often for more news about Tracie Wagaman and the cast of Love After Lockup.