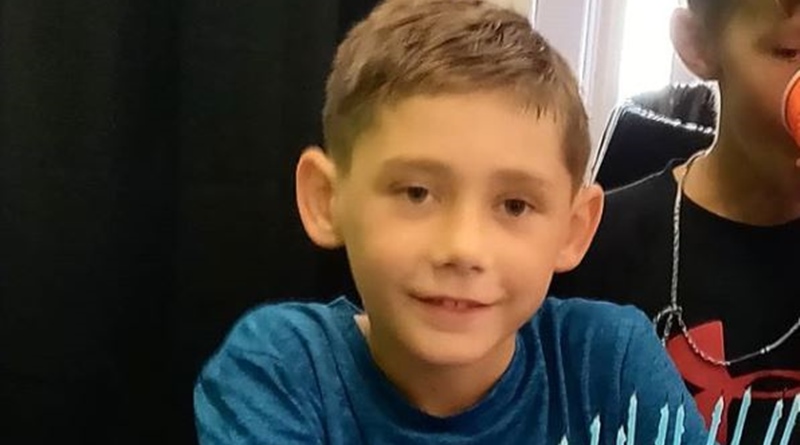 Teen Mom alum, Barbara, who is Jenelle Evans’ mother, is so proud of Jace. Jenelle’s mom took to her Instagram to share a photo of the fresh-faced boy, noting he’s in his 4th year of Boy Scouts now. Fans of the show know she’s got custody of him and rightfully can claim to provide him a decent life. The photo she shared brought a picture of a fine-looking little boy growing up into a young man of promise.

Barabar shared the photo on Thursday night, and looking at Jace, it’s clear she has every reason to be proud of him. Her caption read, “Jace in 4th year of scouts, so proud 🥰.” Fans commented that they really hope Jace appreciates what his ‘mom’ did for him. One fan said, “He looks so grown up! What a handsome boy❤️.” Meanwhile, another fan agreed scouts brings a good time and happy memories. They noted, “So glad you have him in scouts both of my grandkids are in scouts too and I was as a child and have a lot of good memories from it!”

Other Teen Mom fans noted that Barbara should be proud of herself for the way she’s raised Jace. “Well done Barbara you have done a fantastic job with Jace you should be so proud of yourself!” That comment echoes others. Another fan commented on how they felt much the same way, writing, “He lives so much of a better life then the other kids just because of you! You are amazing💕 (sic).” One Teen Mom fan sounded almost as proud as Barabra, commenting, “Tell Jace Way to Go!! Great to see kids involved in scouts!! From Metter Ga!”

Barbara spends a lot of time with kids, including those of Jenelle’s sister

Many newcomers to the Teen Mom show really aren’t sure why Barbara spends so much time around small kids. Over on Reddit, someone asked about the reasons. And, it turns out that the discussion revealed it’s not only Jenelle’s kids in tow. She also sometimes looks after Jenelle’s sister Ashleigh’s two kids, Gabriel and Atlas. It’s not full-time custody though. During the court hearing following Nugget’s death, Barbara took in all of Jenelle’s kids briefly, but Jace is the one she has permanent custody of.

Just a week ago, Barbs took to her Instagram and shared a photo of the kids enjoying themselves at the Medieval Times, Myrtle Beach Dungeon Room. There, another fan commented about her parenting. They shared, “At least he has you and living an unforgettable childhood he will always remember these fun times, I wish MTV would’ve kept you instead of adding Jade all she does is scream and holler.”

But, it looks like Jenelle and her mom won’t be back on the MTV show any time soon, if ever. What do you think of Barbara being so proud of Jace in his 4th year as a scout? Do you think she’s done a good job raising him? Sound off your thoughts in the comments below.