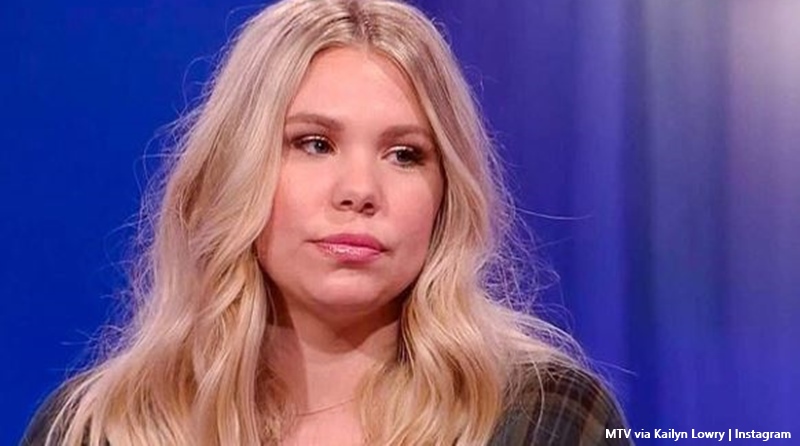 Teen Mom 2 fans saw Kailyn revisit the suggestion that she may end up in jail over the custody breach. Originally reported in late July and August, it involved Jo Riviera and the fact she took Isaac on their Hawaii vacation. Now, she revisited it on her Instagram and this time, critics waded in with comments on it and their feelings about sharing clickbait stories.

The first report came out in July. Back then, The Ashley reported on the story. They noted that Kailyn first mentioned it on “her July 18 episode of the Coffee Convos podcast.” In short, their story noted that she took Isaac away at a time when Jo planned something for one day they would be away. It would possibly put her in contempt of the court custody order. That died away until this week when the Teen Mom 2 star posted about it on her Instagram.

On her Instagram, Kailyn shared what looked like a pic of her on the Teen Mom 2 set. She just captioned it with, “I’m GOING TO JAIL.” She then directed people to click on the link in her bio. That took readers to an article by OK! Magazine. But, even that story seems a bit vague on details about jail time. However, Kailyn explained more on her Instagram post. That came in the comments after fans started talking about it.

New updates on why Kailyn could go to jail

Lots of fans asked about why she should go to jail. During the replies and comments, more info emerged. Kailyn said at various times what the trouble is. She shared, “What actually happened is that I gave early notice. But after booking my trip it was brought to my attention (by one of the dads) that 4th of July was their holiday… from 9 am to 5 pm since the week was already mine. It’s never been an issue in the past so nobody thought about it until after the fact. My fault and I was willing to risk jail time because I didn’t want to change the dates that were already booked.”

Additionally, the Teen Mom 2 star pointed out, “that holiday fell on my week. And nobody said anything until after I gave my notice. And even then. Javi and Chris never cared.” But many people on the post waded in with their feelings about the post and the clickbait link. They feel it’s very old news and she would already be in jail by now if any contempt charges actually got filed. Actually, when The Ashley first reported on it, they never found any contempt charges filed.

Critics wade in with comments about Kailyn and clickbait

While many people got into arguments about how Kail had or had not broken the law, others felt it’s all just drama racked up for the earnings. It was a”click the link in my bio or swipe up” post, after all. Actually, the Teen Mom 2 star often shares stories about herself, even ones that put her in a bad light. Obviously, some fans feel it’s for the clickbait value.

While many fans commented on this, one person summed it up with their post. They wrote, “she did an interview and said something completely different. She said that her and Jo realized afterwards that it was her week. This is all for 💰 and drama!!” Another noted, “Now everyone go CLICK THE LINK… and just like that… 💥 Bam 💥… she gets a CHECK!!!!! 💲💲💲💲💲💲💲💲💲💲.”

What do you think about all of this jail talk? Do you think Kailyn Lowry really faces any time inside? Or, like so many others do you think she just shares about it for the clickbait earnings? Sound off your thoughts in the comments below.

Remember to check back with TV Shows Ace often for news about the cast of Teen Mom 2.