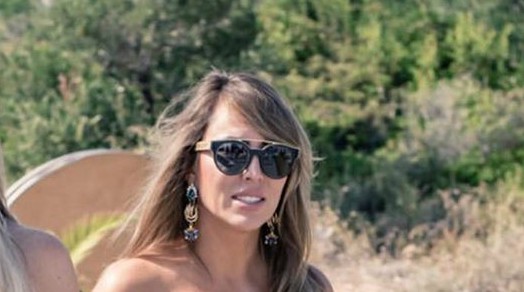 The Real Housewives of Orange County fans were surprised by star Vicki Gunvalson’s engagement. Throughout Season 13, the OG Housewife encouraged her boyfriend, Steve Lodge, to put a ring on it. He did, but co-star Kelly Dodd threw some serious shade at Vicki on Twitter. According to Kelly, Vicki paid for her own engagement ring.

According to Reality Tea, the drama between the two RHOC stars began with a date. Vicki pawned one of her friend’s off on Kelly’s ex, Michael. The set up did not go over well with Kelly, who still holds a grudge against her former friend.

Even though Vicki was demoted to Friend of the Housewives for the current 14th season, she still finds a way to get under Kelly’s skin. The blonde businesswoman spread an explicit rumor about Kelly’s love life. This was after starting a rumor during The Real Housewives of Orange County Season 13 that Kelly did cocaine.

Based on the mid-season trailer, the feud is just heating up. Kelly and Vicki can be heard hurling insults. At one point, Kelly calls Vicki a pig. Fans may remember Slade Smiley throwing a similar insult in Vicki’s direction years ago.

Every woman dreams of the perfect engagement. The proposal, the ring, the eventual wedding. Kelly decided to put a damper on Vicki’s love parade on Twitter. Kelly shaded Vicki by saying she knew where the ring was because she bought it. The comment came in response to Vicki faking ignorance of the upcoming proposal.

You know where the ring is of course .. Cuz you bought the ring .. #rhoc

Unsubstantiated rumors abound that Vicki promised Bravo a wedding if they didn’t fire her entirely. Well, they got their wedding and the drama to go with it.

Will RHOC’s Kelly Be Engaged Next?

Kelly is currently dating Fox News correspondent Rick Leventhal. She began dating him shortly after splitting with ex-boyfriend Dr. Brian Reagan. At one point, she implied that she was planning to marry Dr. Brian. However, the duo broke up over the summer. Viewers will see that play out this season on The Real Housewives of Orange County.

Despite their short romance, Kelly has teased her engagement to Rick. She always takes it back as a “joke,” but she clearly wants him to put a ring on it. The question is – will he buy it or will she? Maybe she already has one for a rainy day.

Season 14 of The Real Housewives of Orange County continues Tuesdays on Bravo.