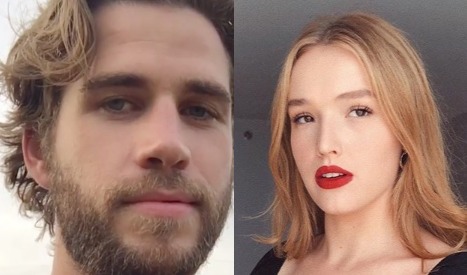 On Thursday, Dynasty star Maddison Brown was seen snuggling up to newly-single Liam Hemsworth.  Maddison and Liam were seen holding hands and even kissing in New York City. They enjoyed drinks at The Flower Shop bar. The Hunger Games star has clearly moved on from his soon-to-be ex-wife Miley Cyrus. What do we know about his new girlfriend Australian actress and model Maddison Brown?

Who Is Dynasty Star Maddison Brown?

Now that it has been revealed that Dynasty star Maddison Brown is Liam Hemsworth’s mystery girlfriend, people are flocking to her Instagram to get to know more about this beautiful 22-year-old woman. Fans of Dynasty have spent the past year watching the talented actress portray Fallon Carrington’s (Elizabeth Gillies) arch-rival Kirby Anders. Kirby is the daughter of Anders (Alan Dale) the all-knowing Carrington steward.

Kirby lived in the Carrington manor when she was a child. But, she was accused of arson and was sent back to Australia. She appeared in the second season of the show, causing trouble wherever she turned. By the end of the season, she managed to take over Fallon’s publishing company and seduce her ex-fiancé! Dynasty Season 3 previews promises that Kirby will be causing more havoc on the Carrington clan. Will Kirby start her own dynasty?

Maddison was an unknown actress when she joined Dynasty. She had acted on the Aussie show The Kettering Incident. Previous to joining the CW show, she was a print and runway model.  Maddison often shares her modeling posts. But, the actress is not afraid of posting an unflattering selfie with a face mask on. She is very easy going and very natural.

Maddison is a good storyteller and has no problem making jokes about herself. She recently shared on a Build interview that she was obsessed with fellow Aussie, Miranda Kerr. She wanted to be just like her.  Subsequently, when she was 15, she was modeling in the same show as Miranda. She managed to get a photo with her idol, but she admits that couldn’t say much to Miranda and just stuttered her name. Maddison shared that the Facebook profile for a long time. She was quite proud of that photo!

Maddison Brown on her obsession with Miranda Kerr

"I was so in love with Miranda Kerr I was convinced everyone else wanted to be Miranda Kerr just as much as I did." Safe to say Maddison Brown is a Miranda fan! For her full chat with Danny Clayton on #BUILDSeriesSYD: http://bit.ly/MaddisonBrownBUILD

Curious to know more about Liam Hemsworth’s new girlfriend? Share your comments and be sure to check back with TV Shows Ace for the latest news. Catch old episodes of Dynasty on Netflix. Maddison Brown started in Season 2 playing the troublemaker Kirby Anders. You can catch Maddison in Dynasty Season 3 starting October 11 on The CW.