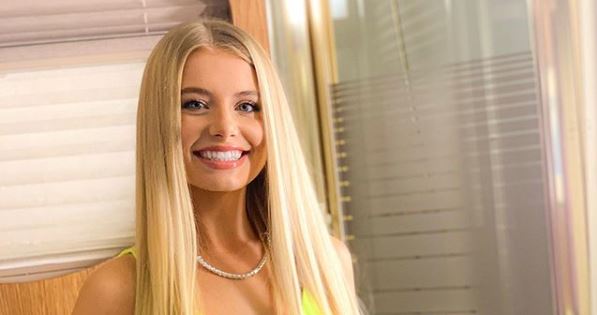 Fans watched Demi Burnett and Kristian Haggerty on Bachelor in Paradise. The two got engaged at the end when Demi proposed. Then Kristian turned around and popped the question as well. Now fans are looking for updates on them. The couple recently revealed that they are still together. So are they living together?

Bachelor in Paradise couple shares if they are living together

There have been a few rumors that the couple split, but that isn’t the case. They are still together, but it turns out they haven’t even moved in together yet. Demi and Kristian met before the show. Right now, they are living in totally different areas, though.

Demi said, “She’s in Florida, I’m in New York, but we do spend time together. Just because we don’t broadcast it doesn’t mean that we’re not together.”

They do both live near each other, but not together. Demi and Kristian of Bachelor in Paradise made the choice not to move in together just yet. Demi explained.

“We’re not too far apart. I think it’s important to kind of have our space just so, you know, we can develop a normal, very solid, steady relationship.”

They have decided not to rush things. So far, it is going well for them.

It doesn’t look like these two are going to tie the knot anytime soon. They are taking things slow and just enjoying life together. Right now, they are being very private. It doesn’t sound like Demi has plans to keep the Bachelor in Paradise fans very updated. Some couples leave the show and share everything, but that is not the case with them.

Demi Burnett has found her love and is now part of the first same-sex couple from the show. Fans would love to see more in the future.

Don’t miss new episodes of The Bachelor when it starts airing on Mondays in January of 2020.

‘Welcome To Plathville’ Preview: Max Calls Moriah Out On Her Risqué Clothing
Teresa Giudice & Kyle Richards Post Selfie Teasing Peacock’s ‘RHUGT,’ So Why Is Teresa Is Getting All The Attention?
Jinger Vuolo’s New Post Has Fans Worried About Her Kids: ‘Are They Ok?’
‘Bold And The Beautiful’ Weekly Spoilers: Steffy Hangs With Liam, Sheila Has A Partner In Crime
Casey Nezhoda Reveals Brandi Passante Isn’t The Only Sexy ‘Storage Wars’