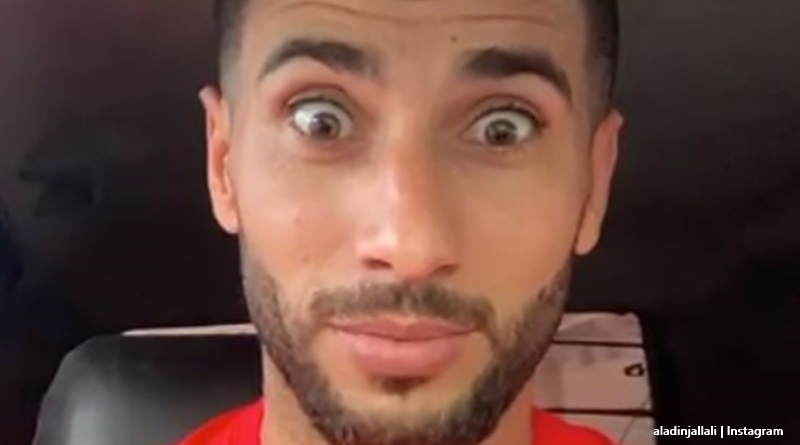 90 Day Fiance fans know that Aladin Jallali got accused of many things by Laura. Although she later said someone created an account and posted some of the stuff, fans disbelieved her. Aladin took things quietly, but now he slapping back at her accusations on his Instagram. Late Thursday night, he shared his feelings about them.

90 Day Fiance fans know the divorce from Laura’s on the cards, Aladin hits at other accusations

On his Instagram, Aladin posted a vid with phots and his reactions. he said that he’s always “the last know,” The first scene shows him talk about the poor “jiggy jig” performance. And, the fact that despite this, he somehow managed to allegedly produce a baby. He captioned that one with “My jiggy jiggy wasn’t enough, but a little birdie said I made a baby.” Next, he tackled the allegation he hit Laura and gave her a black eye. Aladin put up a funny emoji and wrote, “They say I am responsible for this…But even I know shimmer-shadow is not for daytime wear.”

On the accusations he just wanted Laura for a green card, he had something to say as well. Aladin shared, “They say I wanted a greencard from a non-US resident. He made a funny face about that. Finally, he said that he’s so looking forward to the Tell-All. Aladin notes that he wants to find out if he “killed JFK too.” He asked, “What else did I do?” And, as you can imagine, many 90 Day Fiance fans responded to his post.

Fans respond to Aladin slapping back at Laura

On his Instagram, many people responded. Most fans like Aladin, and yes, some of them are “thirsty.” But plenty of them sounded happy that finally, he’s actually standing up for himself. Prior to this, he denied he preferred men, but never really hit back too much. Here’s what some 90 Day Fiance fans said about it:

Of course, many trolls do believe that he looked for a green card via the 90 Day Fiance show. But, as so many people pointed out – why would he want a green card? He’s living a wonderful life and has money right where he is. What do you think? Do you there’s any truth to all of the allegations by Laura and her supporters? Sound off your thoughts in the comments below.