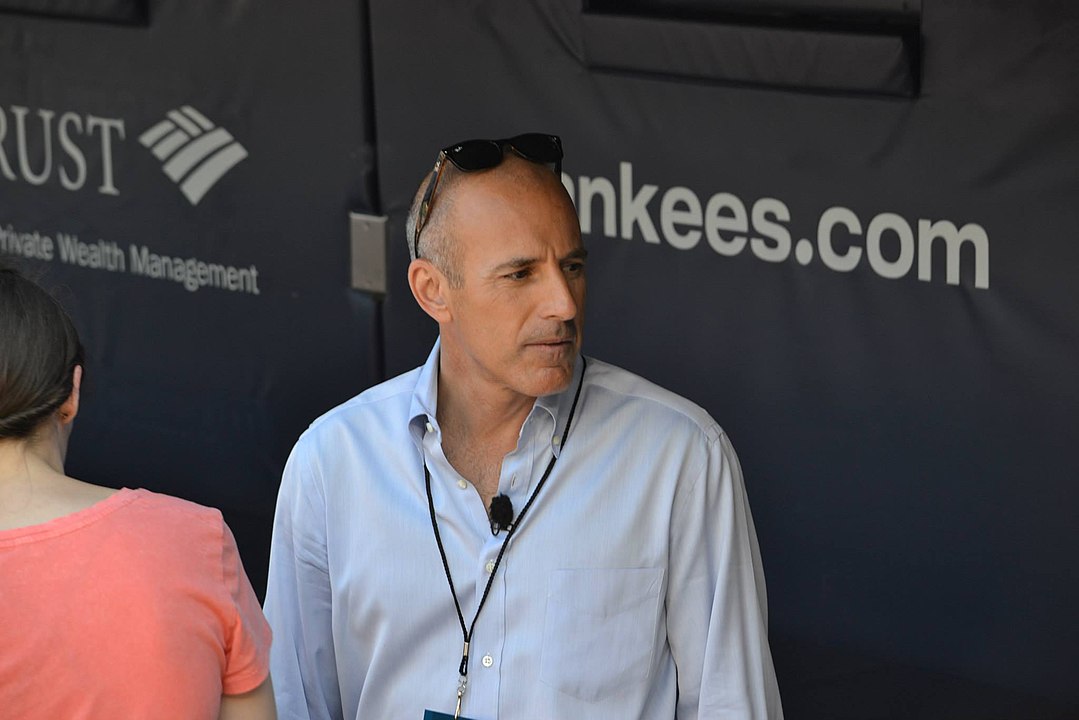 On Wednesday, former Today Show host Matt Lauer has issued a 1,300-word statement, breaking his silence regarding rape charges made by Brooke Nevils. In the statement he refuted the account Nevils told to Ronan Farrow. He indicated that he is no longer going to stay silent. Instead, Matt Lauer now says he is going to tell all.

Nearly two years after his termination from NBC, former 'Today' host Matt Lauer penned an open letter in response to new claims leveled against him https://t.co/c64UtI1J5M

For years, Today Show fans shared their morning coffee as the hosts shared the news. It sounds like Matt Lauer will be now be sharing a whole lot more. This is due to the bombshell accusations made in Ronan Farrow’s new book Catch & Kill.

On November 29, 2017, Matt Lauer was fired from The Today Show for “inappropriate sexual behavior in the workplace.” TV Shows Ace has reported that Farrow interviewed former NBC staffer, Brooke Nevils, and she has a different story.  She has accused Matt Lauer of something more serious. She accused him of rape.

Matt Lauer Has Broken His Silence

Since his firing, Matt Lauer never returned to television, nor did he speak to the press. According to The Hollywood Reporter, Matt Lauer has now broken his silence with his missive, sent via his lawyers. He shared that he has now realized his silence has hurt him. Before he went public, he checked with his family and they gave their approval. He says that he has had “enough” of what he calls false allegations.

“Today, nearly two years after I was fired by NBC, old stories are being recycled, titillating details are being added, and a dangerous and defamatory new allegation is being made.”

Both parties agree that the relationship began at the Sochi Olympics in 2014. The NBC group had gone out for cocktails. Matt had taken her Olympic badge and credentials and she went back to his hotel room to retrieve it. He appeared in his boxers and a shirt. She actually went back to his room twice.

Then, Brooke Nevils claims that Lauer pushed her on the bed and asked if she wanted to have sex. She claims that she said no, and claimed that he anally raped her. Brook claims she was drank a half dozen vodka shots and was drunk.

In his letter, he tells a different story. Matt admits that the affair was “extramarital,” but claims that the sexual encounter was “consensual.” He claims that she was not “incapable of consent.” The two had intimate relations numerous times at his apartment for the next three years. This affair ended sometime in November 2017.

In the letter, Matt admits that he “ended the affair poorly.” He just stopped talking to her. She continued to contact him. It was not until he was about to be fired in late November 2017, that he realized that she had “any complaint.”

Lauer shared how his actions have already caused a huge embarrassment to his family. He did not mention that he just finalized his divorce from his wife Annette Roque. The former Today Show host went on to deny some of the rumors that have been littering the headlines. This includes the denial that there was a magic button that locked the door to his office. He insists he has never “confined” anyone in his office to have sex. Matt Lauer ended his long letter with what appears to be the promise that he will reveal the names of the women with whom he had extramarital relationships.

“For two years, the women with whom I had extramarital relationships have abandoned shared responsibility, and instead, shielded themselves from blame behind false allegations. They have avoided having to look a boyfriend, husband, or a child in the eye and say, ‘I cheated.’ They have done enormous damage in the process. And I will no longer provide them the shelter of my silence.”

Furthermore, what does Matt Lauer mean by “I will no longer provide them the shelter of my silence”? Could this letter be the beginning of Matt Lauer going to the media and telling his side of this story?

In his first interview about the explosive #CatchAndKill, Ronan Farrow (@RonanFarrow) reveals fresh claims of secret payouts and how Matt Lauer may have played a role in NBC News’ decision to kill his 2017 Harvey Weinstein exposé https://t.co/Y3aIEzsaYb pic.twitter.com/DB6R8LBz3x

For the latest on Matt Lauer, check back on TV Shows Ace. Follow along with TV Shows Ace on Twitter and Facebook.   Catch & Kill will be available on October 15.