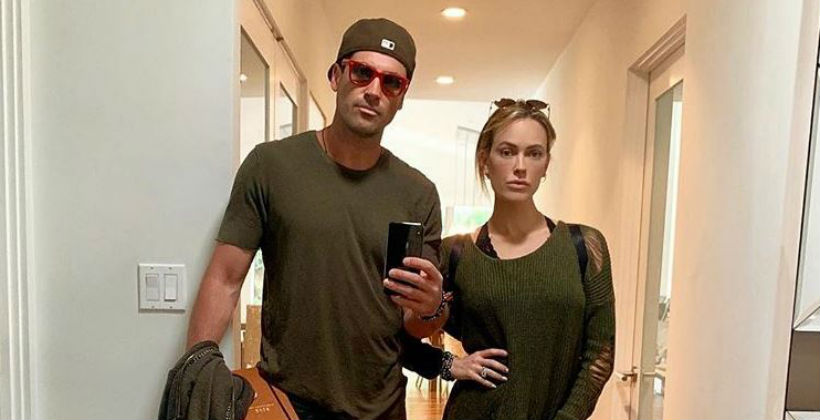 Dancing With the Stars pro dancer, Peta Murgatroyd, is living her best life. Peta married Maksim Chmerkovskiyand and gave birth to their son in 2017. She also just became an American citizen this week. Now she is also speaking out about being ready for baby number 2. Actually, it appears they are already trying to get pregnant.

The couple had their first child, Shai, in 2017. Now, they are looking to add to their family. US Weekly shared that Peta,33, is trying to plan the timing of their baby so that it does not interfere with DWTS. Peta said, “I would love to have more kids.” She continued, “We’re talking about it now and trying to — it sounds crazy — schedule it in. The next season will probably be in fall again so, can I fit a baby in before then? Probably can, so we’ll see if it’s doable, yeah.”

Sounds like Peta and Maksim are already trying for their second child. She has said she wants 3 children total. She said she wants “to have two [kids] and then the third … later.”

Since she has made motherhood look so easy, other dancers have come to Peta asking for advice. She said,  “A lot of them have come to me because … they liked how I scheduled [my pregnancy] and how I could get back to work,” she continued. “I think women nowadays definitely are wanting to work still and not just be a stay-at-home mom. They still want to have careers, they still want to be out there being successful.”

Peta even added the following,”I think a lot of them are going to do it really soon. They’re all kind of on the verge of, ‘Yes, let’s do it now,’ or, ‘Let’s wait another six months.’” Which DWTS star could be next to announce a baby on the way?

The New Zealand native is predicting a “massive” baby boom happening on Dancing With the Stars soon. She jokingly said all the women will be gone and it will just be men pros dancing.

Peta’s husband is on board for them to add another family member as well. In September of last year, Maksim shared with US Weekly that he couldn’t wait to have another baby. Until that day comes, he says he is just focused on raising a respectful young man with Peta.

Peta is now an American citizen

Aside from all the baby talk, Peta has another reason to celebrate. Peta took to Instagram to share the news that she is now an official American citizen. Her post was emotional and brilliant. She discussed what an emotional day it was for her. Then Peta said, “I love the life I created, but it wouldn’t be possible without the United States giving me the chance to succeed and live in the best country in the world, where dreams really do come true. This country gave me my career, it’s where I found the love of my life, and it’s where my first child was born. This will always be home now.”

What do you think about the news Peta and Maksim are trying to have another baby? Do you think she can have a baby before next season? What are your thoughts on Peta becoming an American citizen? Sound off in the comments.

Dancing With the Stars airs Mondays at 8 p.m. ET on ABC.