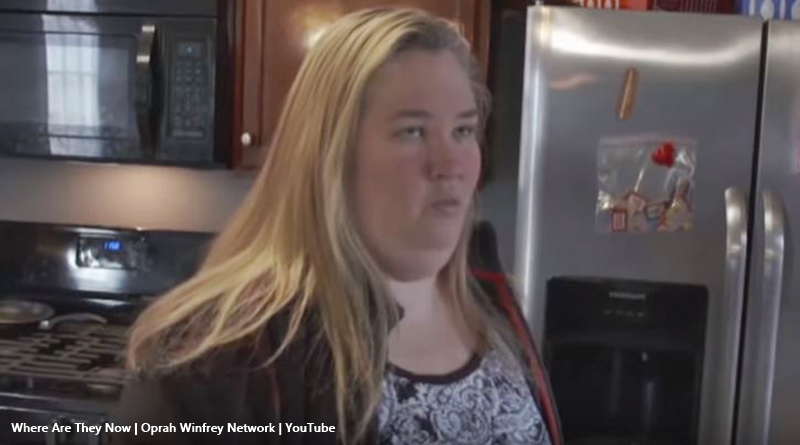 Mama June: From Not to Hot fans heard that June sold her home in Georgia. TV Shows Ace reported that the new buyer renovated it and is flipping it. Now, it emerges that June lost a lot of money on the sale. In fact, she could have invested a bit of money to possibly sell it for double the value she got for it. But, she rushed off out of there and allegedly hit the road in an RV with Geno Doak.

TV Shows Ace reported in September that the home got a buyer. Prior to that, the neighbors complained the place looked like a tip. But, the new buyer bought it as an investment and looks to flip it. We noted, “Apparently opting for a life on the road in an RV with Geno Doak, word comes that she has sold the home. The home has been renovated and listed for sale again. The price of the flipped home’s not yet known.” Well, now the sales price and the purchase price emerged.

June could have nearly doubled her money with a small investment

It seems that Mama June made some bad decisions. After all, she refused a family intervention after her arrest for possession of drugs and paraphernalia. Her daughter, Honey Boo Boo ended up in the custody of her sister Pumpkin. And, allegedly, she’s estranged from her family as she’s desperate to hang onto Geno. Now, if you look at the renovations to her home, June could have made a better decision. After all, as far as we know, she earned some good money from her TV shows. A small investment in the home could’ve netted her nearly double what she spent on the original purchase.

It looks like the home buyer fixed up the place for $30,000. Gleaming, and looking really nice inside, they could very well land that sales price of $225,000. If June thought things over, something she sadly fails to do these days, she could have invested the $30k and done the same thing. Mind you, maybe she’s broke these days. After all, a report emerged that Alana’s money’s under protection by attorneys so Mama June can’t get her hands on it.

What do you think about the fact she lost money on the sale? She took less for it than the original buying price. But, if she made some rational decisions, she could have nearly doubled her money on what she got for it. After all, for a $30k investment, she could also ask for $225,000. Sound off your thoughts in the comments below.