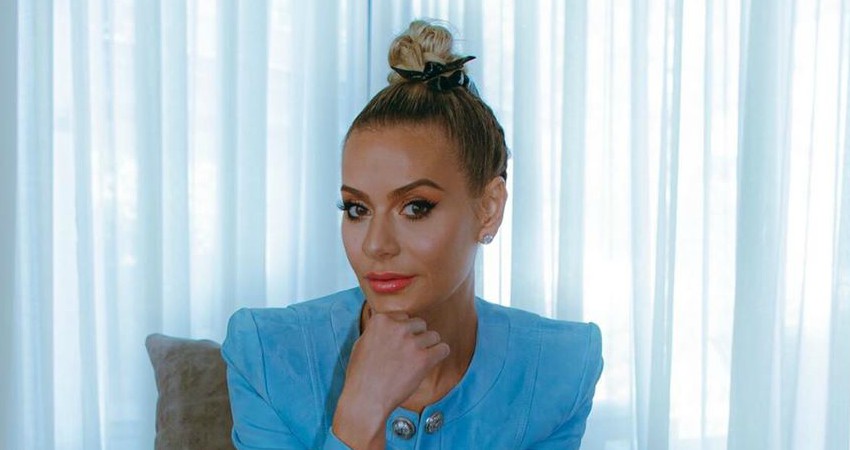 The Real Housewives of Beverly Hills star Dorit Kemsley and her husband, PK, continue to fight their creditors in court. As fans know, the couple owes millions of dollars to a man named Nicos Krirzis. To clarify, they owe $1.2 million, actually.

According to Reality Blurb, the debt stems from a 2011 loan. However, Dorit and PK wed in 2015, which is the basis of new court documents filed by the couple.

In his attempt to collect the debt, Nicos sued to get one of the couple’s joint bank accounts frozen. The judge awarded the creditor almost $30K from the bank account. However, he wants the rest of his money.

A bank account in Dorit’s name could be froze next if the judge rules against her and PK. Court documents reveal that the courts have to decide if PK has been secretly hiding money in his wife’s name. But the couple continue to live an extremely lavish lifestyle for having such debt over their heads.

PK Argues Dorit’s Money is Hers, Not His

In recently filed court documents, PK tries to convince the judge that the other bank account is used by Dorit only. However, he doesn’t believe his wife should be held responsible for money issues from before they wed.

“Here, the Kirzis notes were incurred in 2011. Mr. and Mrs. Kemsley were married in 2015. Mrs. Kemsley’s earnings have always been kept in a separate account with no commingling with any community property.”

The man suing PK and Dorit claims to have evidence that PK deposited money into Dorit’s account to hide it from the debt repayment judgment. PK has an account in a UK bank that Nicos is also attempting to seize.

Season 10 Storyline for The Real Housewives of Beverly Hills’ Dorit?

Viewers greatly suspected Puppy Gate that dominated Season 9 was a way for Dorit to avoid addressing her money woes onscreen. In fact, when an angry woman confronted Dorit in the Bahamas about her lawsuits, the show barely touched on the topic.

Now that Dorit and PK’s court documents are public, fans wonder if the show will finally address the issue. One fan suggested a new tagline for Dorit. “I may be going down in flames, but I always do it in style.”

#doritkemsley’s new tagline has been announced: I may be going down in flames, but I always do it in style 💎 #rhobh pic.twitter.com/XrsiP39sJQ

Bravo has yet to announce when Season 10 of The Real Housewives of Beverly Hills will air. However, they did add two new cast members. Actress Garcelle Beauvais and party planner/designer Sutton Stracke.