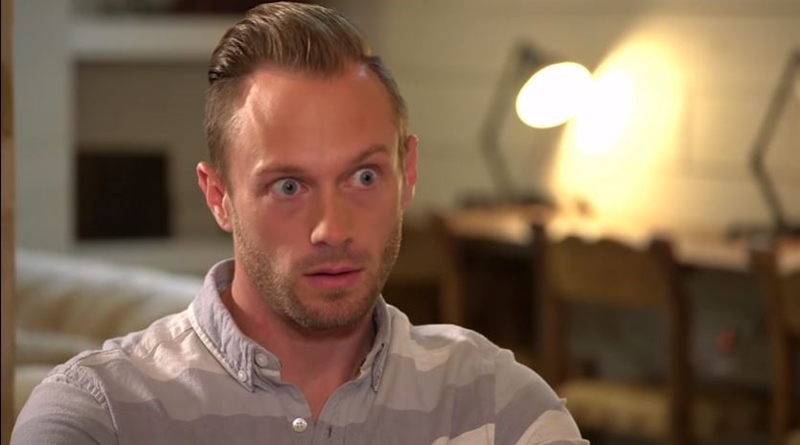 OutDaughtered premiered the new season at the beginning of the month and some fans grew disappointed. Once again, we saw bickering between Adam Busby and Danielle. TV Shows Ace reported that fans “wanted more of the kids and less of Adam and Danielle grousing about the OutDaughtered dad’s job.”  Once again, fans got disappointed as Adam Busby got the kids a dog against Danielle’s wishes. Yes, the bickering was back! On his IG, one fan complained about him making unilateral decisions and he gave it back to the critic.

OutDaughtered dad Adam Busby’s not scared to give back criticism

Adam’s been posting some old photos of vacations. This week he shared a cute photo of little Olivia at the beach. The shot brings out the happiness on the quint’s face. But, instead of appreciating the dad sharing the pic, one follower groused about Adam. They commented, “Not listening to what your wife is telling you isn’t a good look for you.” Well, there you have it, someone’s really got an issue with the OutDaughtered husband this season.

But, as we know, Adam hates bullying and trolling on his IG pages. So, he clapped right back at them. His reply said, “hating on someone on social media for something you saw in an edited television show isn’t a very logo look for you… guess we are even.” Well, that person’s profile says, “I’m a senior citizen, mom, grandma, and a friend. Smile for the camera and say cheese! Always be kind.” Unfortunately, maybe this time, that OutDaughtered follower forgot to be kind.

The Busbys raise their six active little children, and they seem pretty good at it. In fact, as Adam Busby once said, there “ain’t no manual for raising quints.” But, as Cheatsheet notes, there are always people looking for something to pounce on. Equally, the OutDaughtered family garnered lots of people who love them and help tell off the nasties on the Busby accounts. One fan agreed with Adam, saying, “Always praying for y’all, the girls and your marriage. Being in the spotlight has got to be tough.”

One sharp-eyed fan noted, “most of the things in recent sesons are scripted or edited…like some of adam and Danielle’s fights – in one of them, danielle’s nails literally changed colors in a secind, and in other adam’s socks changed colors. (sic)” Others agreed that very likely much of the show’s edited, and they told the critics to chill. After all, it’s a TV show.

Scripting and the portrayal of Adam

What do you think about the fact that some fans think the TLC show’s getting edited to make it look like there are problems? Do you agree that Danielle and Adam probably get their scenes cut and edited to give it some “spice.”

One fan even commented that TLC could make them all look like Kate Plus 8 if they wanted. Regardless, do you agree that now and then Adam Busby should give it back to critics of him and Danielle? Sound off your thoughts in the comments below.