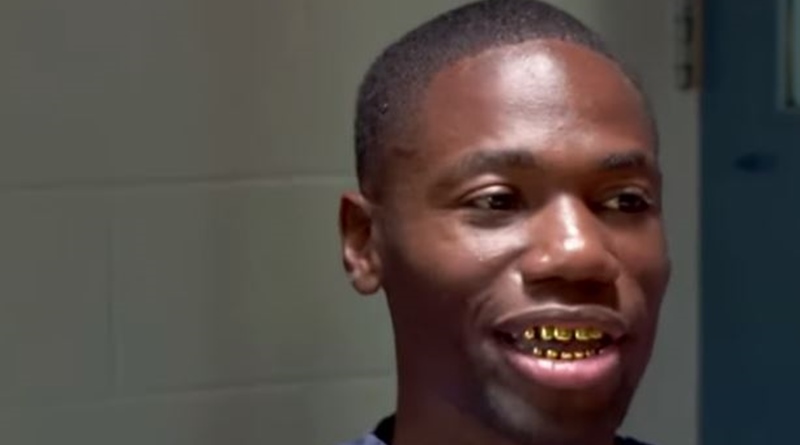 Love After Lockup brings us Lamondre Fluker and he’s behind bars. Arrested for a drug bust, he sends Andrea money from inside. Well, how does he do that? Surely he can’t make much inside? It turns out he’s got a couple of money-spinners, and he’s got some hard cash that was returned to him by the courts.

Lamondre’s got an online store where he sells hair products. Perhaps not your average reality TV show apparel, there’s possibly a market for it.  Over on the Facebook Page, it’s described as “Elite 100% Unprocessed Human Hair… Great quality hair at affordable prices!!” There’s a few photos of models with long hair, and a link to a website that doesn’t currently work. Plus, it seems to aim at the beauty and cosmetics line and is based out of  Pompano Beach So, whether that worked or died in the water’s not known. But he does run an Instagram page for that as well, and you can direct message for the products.

He also has another outlet according to Starcasm, who investigated his income sources. On his private Instagram, Lamdondre advertises his clothing line. There, he markets hoodies, footwear, and tees. Of course, some of them might not be advisable as eveningwear in the dodgy parts of town. One of them seems popular and says, “Cop Killer” on it. The Love After Lockup star certainly makes his feelings about cops very clear. And, seeing he nearly lost $37k to a court blunder, that seems fairly reasonable. Once again, the link to the store seems dysfunctional, but customers can DM the IG page for more details.

Missing money returned to Lamondre, Andrea calls on him for some

Starcasm also discovered that Lamondre got some money confiscated back in 2012. The police report explains how there was an arrest made and money got taken. The police used an informant to get Lamondre to supply “1 1/2 kilos of cocaine.” Runner, Demetria Frank got picked up, and suspicious bundles of cash were recovered. Frank couldn’t produce proof it belonged to her, so it was locked up for safekeeping. Actually it turned out that $38k of it belonged to Lamondre, of Love After Lockup.

The outlet notes that “A large portion of the money was later established to be Lamondre’s, and that was a huge part of the prosecutor’s case that eventually led to his conviction. It was determined that $37,000 belonged to Lamondre, and the remainder of the money belonged to a woman named Ashley Ham.” Via an admin mix-up, he never got notified to collect it. When his lawyers got onto it, they finally got it returned to him.

What do you think about this money and income sources that Lamondre Fluker has tucked away? Are you pleased for Andrea and that at least he can help support her while he’s inside? Mind you, she’s also a bit of an entrepreneur with her own IKlass Sunwear place. Sound off your thoughts in the comments below.