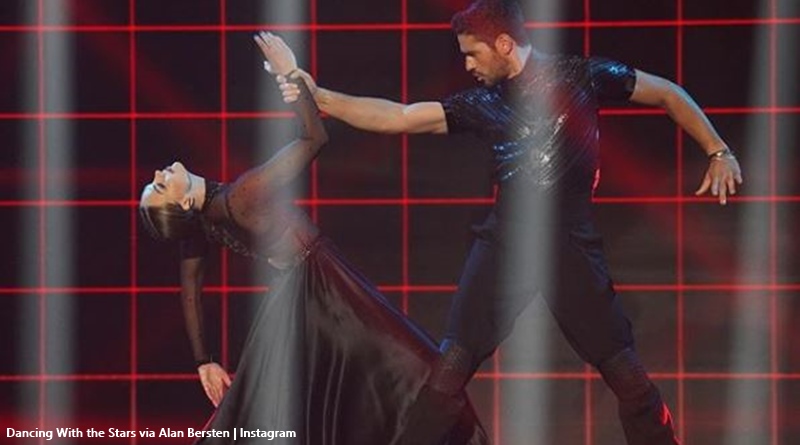 DWTS fans saw Hannah B step right out of cutesy, smiley mode and take on the ‘beast’ persona. After the show on Monday, Alan Bersten gave Hannah B a shoutout for her performance. Plus, many fans reacted to the amazing Paso Doble dance that earned them eights. But, some of them felt that nines and 10s would have been a better reflection of their performance.

After we saw Hannah in her non-smiling beast mode, Alan took to his Instagram to give her a shoutout. He wrote, “Words cannot describe how impressed I am with you @hannahbrown you killed it!” The Dancing with the Stars pic he shared looked really awesome. Definitely, Hannah danced very well. Actually, we expected a strong woman in the episode Monday night. In fact, Hannah herself telegraphed the look on Instagram ahead of the show.

However, not all DWTS fans felt actually ready for the transformation. As @sunshine.bersten commented, “I wish I could say I was ready for that but I really wasn’t. 🔥 So proud of you guys!!!” Another noted the amazing performance was very “Matrix.” On her page, Hannah posted up another photo of the couple, and just titled it with “beast unleashed.” On her page, many fans agreed that for sure, the beast was unleashed and they totally loved it.

Words cannot describe how impressed I am with you @hannahbrown you killed it! #teamalanbamahannah

Fans react to Hannah B and Alan’s scores and performance

On Alan’s IG page, loads of DWTS fans expressed how impressed they were as well. Here’s what some of them said about it:

One fan noted they scored eights. However, they felt the DWTS couple deserved a nine or a ten.

What did the judges say about Hannah and Alan’s performance?

USA Today gave a bit of a recap, noting that judges were in for a bit of a “slugfest.” They wrote that on Hannah, “Tonioli purred that ‘the sexy beast is out of the cage, and is irresistible.’ But the judge pointed out that DWTS‘ Brown tightened up at the end.” Meanwhile, Inaba criticized Hannah in the previous dance for being too much like a cheerleader. This time, she never apologized for it. In fact, she noted that her “comments worked.” Inaba felt that the Paso Doble performance was “passionate and delightful.”

What did you think of Hannah B’s performance in the Paso Doble? Did you think it was amazing and deserved a big shoutout from Alan Bersten? Sound off your thoughts in the comments below.