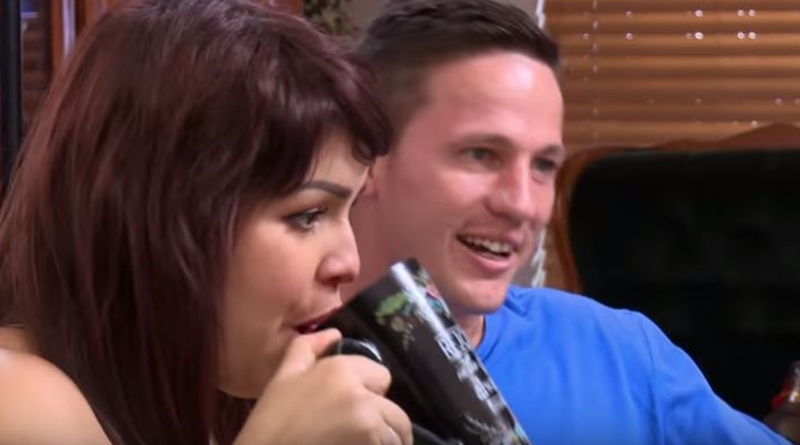 90 Day Fiance: The Other Way aired their last episode, ahead of the Tell All, on Monday night. If you have not yet watched it, be aware that this story contains some spoilers. Some tear-jerking scenes emerged, but Tiffany’s son Daniel really got the waterworks going. Many fans said they cried, even just thinking about it while typing out their comments on Instagram.

Fans heard that Tiffany fell pregnant and returned to the USA to give birth to her baby. But, mostly that came via Instagram. In the show, we saw Tiffany tell Ronald that Daniel’s unhappy and afraid in South Africa. So, she said she needed to return to the USA. Of course, for Ronald, this could mean the end of his road to control his gambling addiction. His head understands what Tiffany’s saying, but he’s heartsore. She wants to apply for a spousal visa for him to join her in the USA. But, the 90 Day Fiance star knows that could take ages because of his criminal conviction.

Concerned, Tiffany called in Craig the counseler, and Ronald said, “We got married, the family…officially started. And them going back, even though they have to, it feels like it’s gonna be torn apart.” When Tiffany talks to Craig alone, she expresses her concern that Ronald won’t manage. It’s very hard for Ronald, Craig agrees. And, he notes Ronald faces a massive challenge. Either them leaving makes or breaks him. But he’s confident Ronald will call him after the plane leaves.

The tear-jerker farewell by Tiffany, Ronald, and Daniel

The next scene shows the young family at the airport. There, Tiffany explains to Daniel they must do this if they wish to all be together one day. But, he’s already crying. Then Ronald kneels down with the boy he considers a son, and the waterworks begin. The 90 Day Fiance star tells Daniel not to cry, and adds, “dad’s gonna miss you.” But, he cries. Speaking to the camera, a shaken-looking Ronald says, “no man wants that – to see his family go.” After all, Daniel said, “I don’t wanna leave my dad.” He’s crying so much and Ronald hugs him, telling him it’s “gonna be okay.”

In fact, everyone’s hurting, and the 90 Day Fiance viewers felt it too. Finally, Daniel and his mom go through the exit, and he strains to catch the last glimpse of his “Dad.” Ronald looks shattered. But, he can’t hold back and he climbs through the barriers to give them all one last hug. Many fans reacted to John Yates’ post about it on Instagram.

Fans react on Instagram and loads of people cry

John Yates shared about the scene and lots of 90 Day Fiance fans reacted with tears. Here’s what some of them said about the split:

What do you think about Daniel, Tiffany, and Ronald getting TLC fans turning on the waterworks? Do you hope things work out for the family? Sound off your thoughts in the comments below.