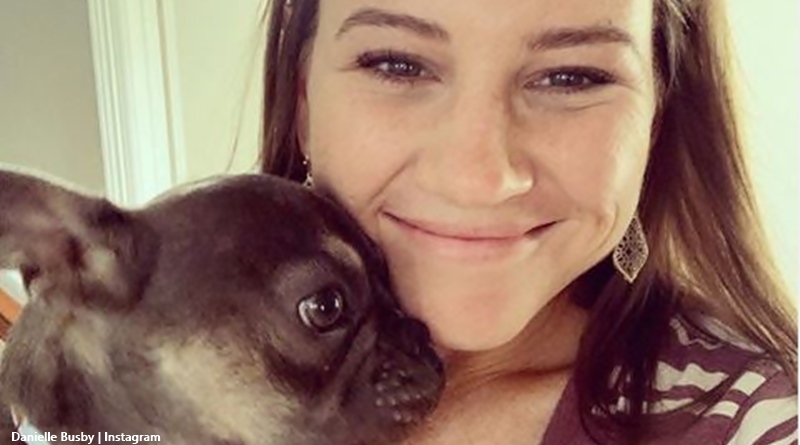 OutDaughtered mom and Dad, Danielle and Adam Busby have a handful of quints. And, with very clever little Riley, quite the personality But, clever or not, Danielle grew concerned when she found some scissors that Riley used to cut her own hair. But, Riley managed to turn the conversation around to Beaux, “Bo-Bo’ the dog. Perhaps he cut the hair?

Parents know that scissors and kids don’t mix. Even safe scissors for kids usually get handled under supervision. So, understandably, Danielle grew upset and worried when she found the scissors. Confronting Riley, she said, “Riley, I found these scissors.” She asked Riley, “Are these the ones you cut your hair with?” Well, the little girl admitted that she cut her hair. Possibly, she previously denied it, as Danielle said, “oh, so you did cut your hair.”

But, clever Riley quickly tried to change the conversation. After all, there’s a dog in the house and they have hair. Bo-Bo’s handy, so Riley said to the Outdaughtered mom, “show Bo-Bo it.” That came after Danielle asked Riley to show the camera where she cut her hair. It seemed that Riley thought Bo-Bo should look at the scissors, as maybe he cut his hair. But, Danielle wasn’t buying that. She told Riley to show Bo-Bo where she cut her hair. But, quick on the mark, Riley said, “I don’t know where he cut his hair.”

Beaux the dog, perhaps he cut his hair

To push home her point, Riley pointed out to her mom that Beaux’s got very short hair. Stroking back his ears, she showed the OutDaughtered dog looked sleek and slick. But when Danielle said Bo-Bo never cut his hair, and Riley cut her own hair, the little girl denied it loudly. Actually, perhaps it’s just as well Danielle Busby found the scissors and confronted Riley about it. After all, maybe that sharp little mind had a haircut for the dog in mind.

Fans know that Riley’s super-clever. Cheatsheet reminds us that “Recently, the couple [Adam and Danielle] had to make a decision regarding Riley. Riley’s known as the mischievous quint — and she’s also known for having an intelligence level that’s off the charts.” She ended up starting Kindergarten ahead of the other four quints. Sometimes, bright kids are impulsive. Psychology Daily notes that sometimes a kid will do something “you’ve explicitly told them not to do.” (Like using the scissors to cut their own hair or the dog’s hair for that matter).

They explain that controlling impulses is something kids need to learn. But, “while still learning impulse control, a child will be unable to resist doing something you said they shouldn’t do.” So, that should keep Danielle on her toes for a while to come. What do you think? Do you think Riley cut her own hair, but maybe got a few ideas that the dog Beaux could use a trim as well? Sound off your thoughts in the comments as well.

Remember to check back with TV Shows Ace often for more news about Riley Busby and the other kids from TLC’s OutDaughtered.