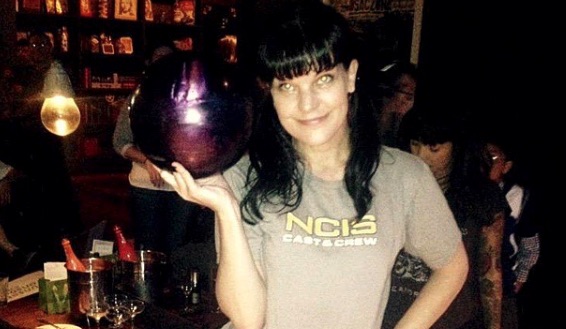 On Sunday, former NCIS Star Pauley Perrette shared she is both “exhausted” and “so freakin happy” shooting her new CBS show Broke. Pauley then took a total u-turn as she thanks her loyal fans for helping her through “a few devastatingly difficult years.” What could she be referring to, and why is she rejoicing now?

I’m so exhausted and SO FREAKIN HAPPY shooting my new show #Broke on @CBS I want to thank all y’all that supported me through a few devastatingly difficult years. I’m so happy and healthy now and having a blast. THANK YOU positive people for helping me and being kind Love y’all!

Pauley Perrette is happy. In 2020, NCIS fans will get to see a comedic side to Pauley Perrette. She is starring in a new CBS comedy, Broke. Broke is the story of Jackie, a bar manager and “feisty,” single mother of one. Jackie doesn’t need anyone’s help. She manages on her own just fine.

But, Jackie’s life is thrown into a tailspin when her sister and her trust fund brother-in-law (Jaime Camil) are cut off by his father. They are broke and now need to stay with Jackie. Can these rich folks live a simpler life?

Pauley Perrette left NCIS in May 2018

Pauley Perrette left NCIS after 15 season of portraying Abby Sciuto. Portraying the Goth forensic scientist, Pauley was a fan favorite. Her storylines were always about her kind and accepting character. She lit up the screen when she would exclaim “Gibbs, Gibbs,” when Leroy Jethro Gibbs came to her scientific lair to see what she dug up. But, Perrette left the show amid some backstage issues that seemed to haunt the fan favorite. Is this was she was referring to in her recent tweet describing her recent “devastatingly difficult years”?

It’s ON!!!! Our new @CBS comedy #BROKE table read today. WE ARE HAVING A BLAST! So fun, SO FUNNY!!! @jaimecamil @natashaleggero @TheIzzyDiaz @antoniorcorbo WOO-HOO! pic.twitter.com/rqxpsxJb16

Pauley Perrette shared she was ‘terrified’ of Mark Harmon

In June, Pauley Perrette shared on Twitter that she was never ever never returning to NCIS to portray Abby Sciuto. To top it off, in addition to her request that fans stop asking her to return to NCIS, she shared something shocking: “I am terrified of Harmon and him attacking me.” How bad was this situation? She explained that “I have nightmares about it.”

On the plus side, she has now found peace with Broke and then shared, “I have a new show that is SAFE AND HAPPY!” Best of all, she assured fans that they would “love it.” The posts didn’t end here. Just two hours later, she tweeted a photo. She then repeated her fear of Mark Harmon, claiming she was “terrified” of him.

By the beginning of August, CBS Entertainment president Kelly Kahl assured television journalists that the situation was resolved. Kahl would not discuss the past. What Kahl did assure fans is that Pauley is back on CBS, and this time with Broke. Now, Pauley Perrette seems happy and content. However, NCIS fans should not hold their breath that she is returning, just as Cote de Pablo’s character, Ziva David. But, fans should be thrilled that Pauley is very happy with her new show.

Do you miss Pauley Perrette on television? Are you excited about her new show Broke? Be sure to check back with TV Shows Ace for the latest with NCIS and Broke. NCIS airs Tuesdays on CBS. Broke will premiere in 2020 on CBS.