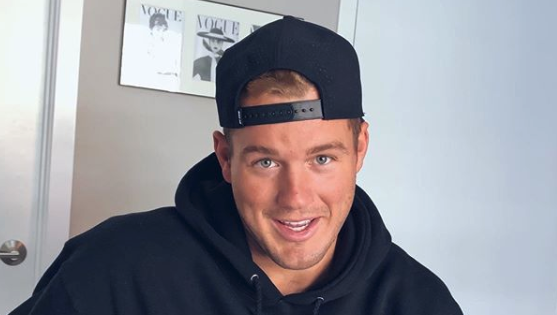 There’s been quite a bit of drama within Bachelor Nation recently. Currently, Rachel Lindsay and Raven Gates have been stirring the pot, and it sounds like Colton Underwood isn’t here for it.

According to Showbiz CheatSheet, Rachel and Raven became friends when they both starred on The Bachelor in 2017. Since then, they have always been really good friends. They have said so many nice things about each other and always seem to have a good time together. However, now there’s a bit of a feud going on.

The two haven’t been hanging out as much recently though fans have noticed. In fact, Raven wasn’t even at Rachel’s wedding. That’s definitely saying something. Close friends tend to show up for weddings of other close friends.

Apparently, something wild happened though because Rachel admitted on Watch What Happens Live With Andy Cohen that she didn’t want to be friends with Raven ever again.

Now, former Bachelor, Colton Underwood is speaking his mind on the whole thing. Needless to say, he is not on Rachel’s side. When he heard about the situation, he was not surprised at all.

“Shocker. Rachel mad at another person… does she like anyone?” Colton said.

Ouch, that’s gotta hurt for Rachel. However, Colton and Tia are pretty close and Tia and Raven are friends. It only makes sense that Colton would stand up for Raven.

Through all this, Colton said that Rachel has spoken poorly of him several times…even though he has never met her. So, while he is staying out of the drama, he isn’t a fan of having poor things said about him. That’s pretty understandable, no one really does. Especially from someone you don’t even know.

“I’m not weighing in on the Rachel/Raven drama. I could care less about that, not my business. What is my business is the countless number of times she’s spoke poorly of me… including that time she ran her mouth about me to Cassie…Funny thing is I have never met her,” Colton said.

What do you think of the situation? Who’s side are you on? Who do you think is at fault? Let us know in the comments.

Be sure to watch the new season of The Bachelor airing in January. Peter Weber is taking on the role, and if it’s anything like Hannah’s season, it should be a good one.