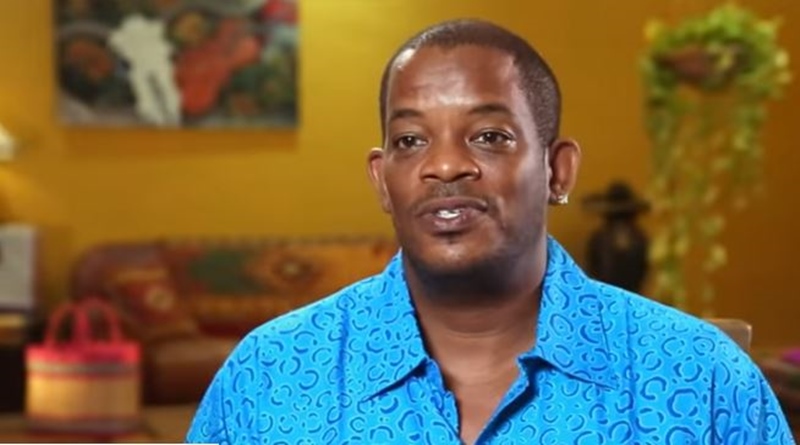 90 Day Fiance fans hated that Caesar seemed like such a nice guy, but got played by his Ukranian girl, Maria. Now, a fan bumped into him at Doha Airport, and she’s got some tea, but won’t spill all of it. On Reddit, the reason’s because he couldn’t talk. But, she did dish a bit of news that gets fans concerned he may be under a new NDA. After all, that could see a return of the unsatisfying and allegedly fake story line.

Fans of the TV show got a teeny bit of tea spilled by a fan who bumped into him at the airport in Doha. Her friend shared a pic to the 90dayfianceuncensored subreddit of Caesar and her friend, and it looks legit. Redditor @u/Jul3s3 noted that they had a pic for a few days, but only just decided to share it. The caption read, “My friend ran into Caesar and had a conversation with him. She said all she can say is that he was on his way back from the Ukraine but she knows morrrreee!”

90 Day Fiance fans grew a bit concerned about why she can’t say more. After all, the Tell-All‘s supposedly filmed already, and the season’s not far off ending. If he’s keeping secrets, at least one follower reasoned that it could mean he’s under a non-disclosure agreement (NDA). They noted, “Oh no [does], this means Ceizure is on yet another season??”

Another said, “Oooooooh that smile means either he met Maria or he’s harvested the fraudulent TLC dollar. I guess we gonna see Caesar for another season.”

Fans fear another staged season if Caesar’s on an NDA

Word got out ages back, almost with the very first episode, that Caesar had a background in acting. TV Shows Ace reported that “Ceasar was Mr. Nice Guy and everyone would love him, even though he’s ‘dumb.’” But, we also noted, “it seems he’s about to go from hot to not with fans of the show. It comes after Starcasm reported their talent agency reveal.” So, fans learned Caesar was some sort of model already.

Next, the rumors came out that Maria never intended to meet up with Caesar as neither of them wanted to live in the other person’s country. Allegations emerged that she just went along with the 90 Day Fiance show for the producers. Although their story seemed really fake, some fans liked Caesar because he’s quite cute. Others sincerely hope it was all fake, as they didn’t want him to be that much of a sucker for catfish love. But, he said he was going to Ukraine come what may, Monsters and Critics reminds us.  And, it looks like he did just that. It could be why he might be under an NDA.

The leakster over on Reddit told 90 Day Fiance fans that Caesar was traveling back to the USA after being in Ukraine. Some people felt that Doha was a bit off the standard routes, but others confirmed it’s possible to travel that way. What do you think about this? Do you think if Caesar’s still keeping secrets he might be under an NDA and we’ll see more of him in another season or spin-off? Sound off your thoughts in the comments below.