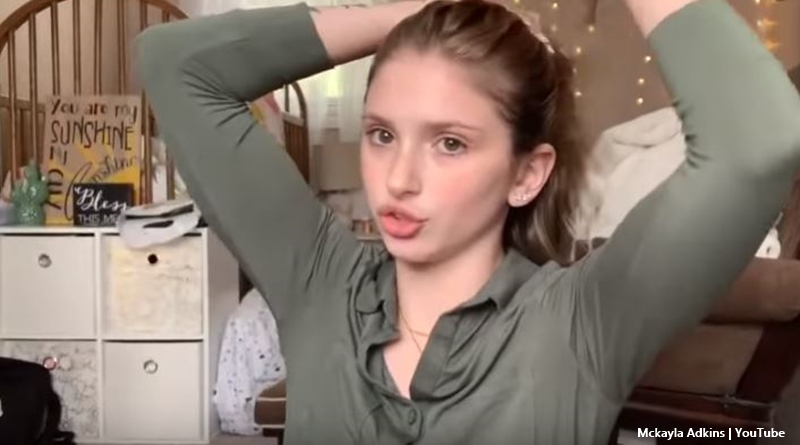 Unexpected fans saw that Caelan and McKayla went through a lot of issues this season. And now it seems the young couple, parents of two kids, probably aren’t thinking about marriage. McKayla mentions that Caelan does see the kids now. But, she only wants to think about marriage inside the next ten years, and gender doesn’t matter.

McKayla’s becoming quite regular on YouTube these days. On October 2, we noted she shared a sad message during a makeup tutorial. TV Shows Ace reported that she said, “I don’t have time for myself. I don’t have time for literally anything. I go to school, I come home, I study. I’m probably going to have to drop out and get a job, and then go back to college when my kids are older and can understand why mommy’s not around.” While it came over that she’s not got much of a life, she is thinking long-term.

On October 4, the Unexpected star returned to YouTube with a different sort of video. In this post, she mentioned the kids again, noting that she’s had enough kids. “I don’t want any more kids,” she states. But then she later clarifies that maybe she will after all. McKayla said, “If I do have any more kids it’s going to be years down the line when I’m married, have my own house, and all of that.” Of course, having turned her back on Caelan who provided quite well for her in terms of a place to live, she hankers after that, despite tossing it away. She notes that she wants to be  “financially stable, have a good job, all that stuff.” Plus, maybe actually, maybe more kids. She talked about maybe “just one or two more.” So, it ‘s not clear where she stands on that.

Marriage and gender really does not matter to McKayla

It seems marrying Caelan’s been tossed out the window. McKayla definitely wants to get married. She said that’s for sure. But, it also seems she’s not in a rush, as she mentions “sometime in the next ten years.” Warning fans that this might not be such a kid-friendly discussion, she elaborated on gender and her personal preferences. Well, there are no preferences, apparently. As far as that goes, the Unexpected star can love anyone. Elaborating, she said, “I am attracted to people.” These people need to be “beautiful” and come with a “good personality.” That’s the type of person McKayla likes.

Talking about gender, she said, “I really don’t care. Male, female, trans, that doesn’t bother me. I’m just attracted to people I’m attracted to and I don’t put a label on it because I don’t even know what you would label that.” So, now Unexpected fans know that if your name’s not Cealan and you don’t mind having any more kids, or possibly two or more in the next ten years you stand a chance with her. Remember though, that no matter what your gender is, you need to be beautiful and bring along a good personality. Oh yeah, and bring a large wallet as you probably need to supply housing and financial stability as well.

What do you think about McKayla wanting no more kids, but maybe two more? Do you think she’s tossed a long-term future with Caelan in the bin? After all, she wants to marry, but not for a long time, and then either gender will do her just fine. Sound off your thoughts in the comments below.