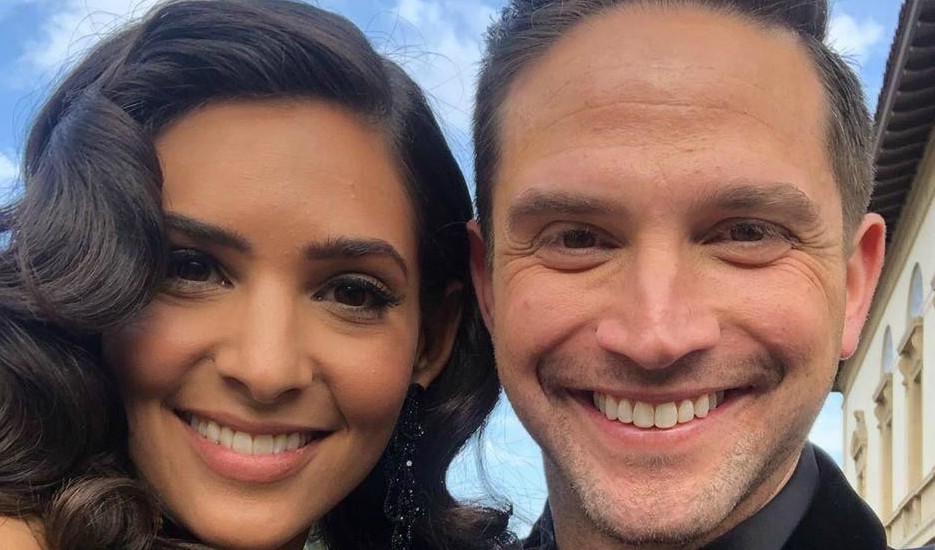 Days Of Our Lives continues to fulfill their promise for a shocking Fall in Salem. Now that Jack (Matthew Ashford) has his memory back, he’s on a full apology tour. Last week he apologized to Eve (Kassie DePavia.) She contemplates leaving town for a while. It has been rumored for weeks that the actress was leaving the show. For now, at least.

This week, Jack apologizes to old friend, Abe (James Reynolds.) Now that Jack and Jennifer (Melissa Reeves) are reunited, where will the supercouple’s storyline go?

In one of the most shocking deaths in soap history, Stefan (Brandon Barash) is shot in the neck. It all goes down when Vivian (Robin Strasser) tries to sneak out of town. Caught in the park by Lani (Sal Stowers,) both women draw their guns. Unfortunately, Stefan ends up in the crossfire as he jumps in front of the bullet.

See anything interesting on your tv today? Oh Stefan…what’d ya get into? #stefan #stabi #stabilove #days #tbt

For whatever reason, Days of Our Lives decided to kill off Stefan and let Brandon Barash go. Perhaps this was the plan all along when he took over the role. However, fans did not expect to get invested so deeply in the Stefan and Gabi (Camila Banus) love story. Gabi blames Lani and at first refuses requests to donate Stefan’s heart to Julie (Susan Seaforth Hayes.) Tune in to see if she changes her mind or if Salem loses another resident.

What’s Going On With Hope?

Hope (Kristen Alfonso) has been acting strangely for weeks. Some of Salem is starting to notice. Dr. Rolf (William Utay) injects Hope with a syringe as part of a master plan. Eli (Lamon Dezjon Archey) finds Hope sleeping it off in a church pew in the hospital. Preoccupied with his grandmother’s dire situation, Eli just assumes Hope is overtired.

Is Dr. Rolf trying to bring Princess Gina back? What is he doing to Hope?

Kristen Moves to the Kiriakis Mansion on DOOL

Brady (Eric Martsolf) was reeled last week when Kristen (Stacy Haiduk) revealed her pregnancy. Brady is set to inform his grandpa Victor (John Aniston) of the news. Then he moves his baby mama into the Kiriakis Mansion, much to Victor’s disdain.

“Never Seen Before” Twist Rumors for Days of Our Lives

In the preview for Fall, Days of Our Lives promised a “never seen before” on daytime twist. Speculation has reached a frenzy on Twitter. Fans are suggesting that some of Salem will soon be zombies or that the last year has been a dream like on Dallas.

However, Soap Dirt confirms that the big twist is a one-year time jump coming up in the next few weeks. Pretty sure that was done on All My Children before it was canceled.

Watch Days of Our Lives weekdays on NBC to see how the twist unfolds.