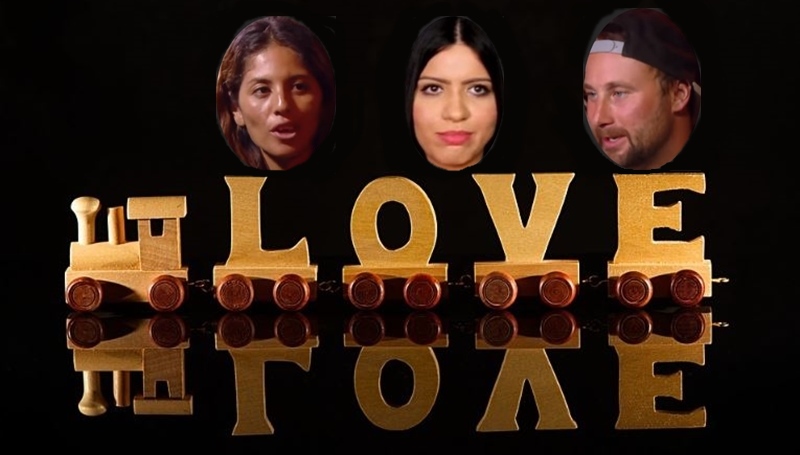 90 Day Fiance fans saw on Larissa Lima’s Instagram that she and Corey Rathgeber were together in Las Vegas. He wasn’t there long. And, we later heard he’d also spent time with David and Annie Toborowsky. Recent rumors about a split between Corey and Evelin got fans hoping Larissa and Corey started dating. But, he denied that and also said that he loves Evelin “with all [his] heart.”

The talk about Larissa and Corey getting together as a couple arose after Larissa shared her post and an Instagram Story with him. TV Shows Ace reported on it.

In her post, Larissa said, “Look who I found here in Las Vegas.” Then, she hash tagged it with #thankyounext and #coreyandlarissa. Immediately, fans talked about them as a couple out dating. One 90 Day Fiance fan said, “I think these two make a beautiful couple….” Larissa responded, “I agree.”

While some people felt that Evelin would be angry to see talk about Corey dating, it turns out the 90 Day Fiance star himself, is also a bit angry. He posted up a photo and of him and Evelin, and told off people making rumors. In his post, he said, “For those of you wondering about me and Larissa. We met up as friends, that’s how it is. For those saying anything more about that subject are wrong and creating rumors.”

Evelin I love you from the bottom of my heart I always will! You are the world's most beautiful and amazing women I could ever ask for. For those of you wondering about me and Larissa. We met up as friends, that's how it is. For those saying anything more about that subject are wrong and creating rumors. Just like how I met up with David And Annie same scenario. Evelin is my world. I'm attracted to Evelin not to her. She deserves the best and I love her with all my heart #tlc #90dayfiance #90dayfiancepillowtalk #90dayfiancetheotherway #coreyandevelin #love #happy #thankful #beautiful

Corey also shared in the same post how much he loves Evelin (which can be read above).

And, talking of Larissa, he said: “Evelin is my world. I’m attracted to Evelin, not to her. She deserves the best and I love her with all my heart.” So, there you have it. Corey loves Evelin.

Perhaps it’s just as well the Tell-All‘s not that far away because this complex 90 Day Fiance story sure puzzled a lot of fans. Many of them don’t think Evelin loves Corey in the slightest. Especially after The Hollywood Gossip screencapped a card by Evelin that said, “All that @Coreyrathgeber gives me lately is disspointment (sic).”

Then, she blathered on about seeking attention and fame. You can see it below. Clearly Larissa and Corey are in the dog house, but Corey’s probably used to that by now.

What do you think about Corey Rathgeber’s post about how he loves Evelin with all his heart? And, then look at what Evelin said about him and Larissa. Actually, on Larissa’s original post, Evelin also said that “Corey’s needy…and has no money.” Sound like bliss in paradise? Sound off your thoughts in the comments below.

Disney Plus Drops ‘Luca’: Stream Or Skip? [Recap & Review]
Which ‘RHOC’ Alum Could Return As ‘Friend’ Of The Housewives?
Justin McSwain Says He’s Thankful For A Year Of Life – Interesting Photo
‘AGT’ Klek Entos: Who Is The Man In A Bizarre Mask?!
Isabel Rock Tells Fans To Stop Body Checking Themselves