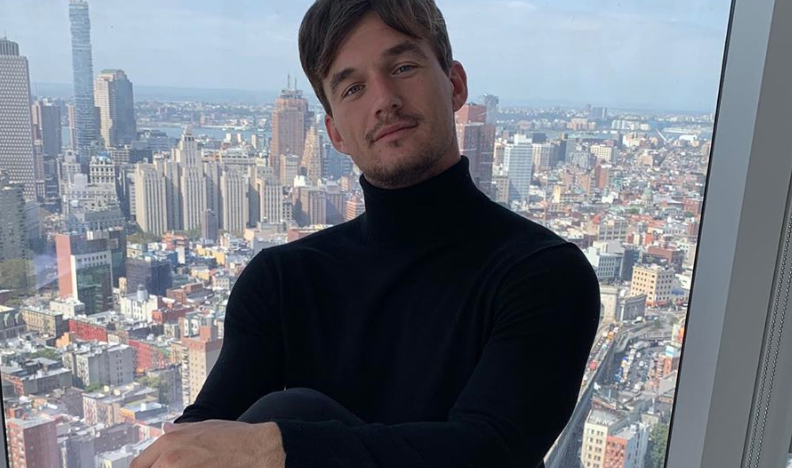 Tyler Cameron may be headed back to Hannah Brown, former Bachelorette. According to Entertainment Tonight, he and Gigi Hadid split up.

Tyler Cameron competed for Hannah Brown’s heart on The Bachelorette, however, he was sent home near the end. Then he actually almost dated Hannah again after the reunion episode because Hannah ended up single. That lasted one night though before he was caught out with Gigi Hadid a lot of the time.

Originally Tyler had said she and Gigi weren’t actually even officially dating. But now, reports are saying they have broken up. That sounds pretty official. Apparently, the two haven’t been seen together since Zendaya x Tommy Hilfiger fashion show in September. Even then, they arrived at the event separately.

“I mean… that’s just where we’re at. Our relationship doesn’t need to be public,” Tyler originally said about Gigi before their split. “She’s good people, she’s an amazing person and we’re just keeping it friendly.”

Since then, Gigi has been pretty busy with Paris fashion week. Meanwhile, Tyler has moved into a New York apartment. There’s not a lot out on why the split happened, but a source confirmed that it is true, they really did break up Entertainment Tonight said.

Check out the Real Life Diet article @gq wrote that’s in my story! We talk marathon training, my diet (cookies), life in NYC, and how I’m essentially Lebron’s 6’3 clone on the basketball court. . . 📸: @davidwilliamsphoto

Why did it happen?

Maybe, this could be because they are both so busy with their careers. It doesn’t seem like they likely have a lot of time for each other. Or, maybe all the Bachelorette drama was too much for Gigi to be apart of. Regardless, now if Tyler wants, he could go back to Hannah Brown. Although, it seems like she may not let him get her back quite that easily. She’s a pretty strong woman.

Unfortunately for Tyler, he says he passed up the opportunity to be the next Bachelor. Apparently, his heart just wasn’t in it, so the station picked Peter Weber instead.

“That’s something you have to be fully invested in,” he said of taking on the leading role. “I was on the other side as a contestant, which is a much easier role than being the lead of the show… I sat on it, thought on it, and my heart wasn’t in it,” Tyler admitted about being The Bachelor.

Are you sad that Gigi and Tyler broke up? Let us know your thoughts in the comments.

Come back to TV Shows Ace for news on all of your favorite celebrities.