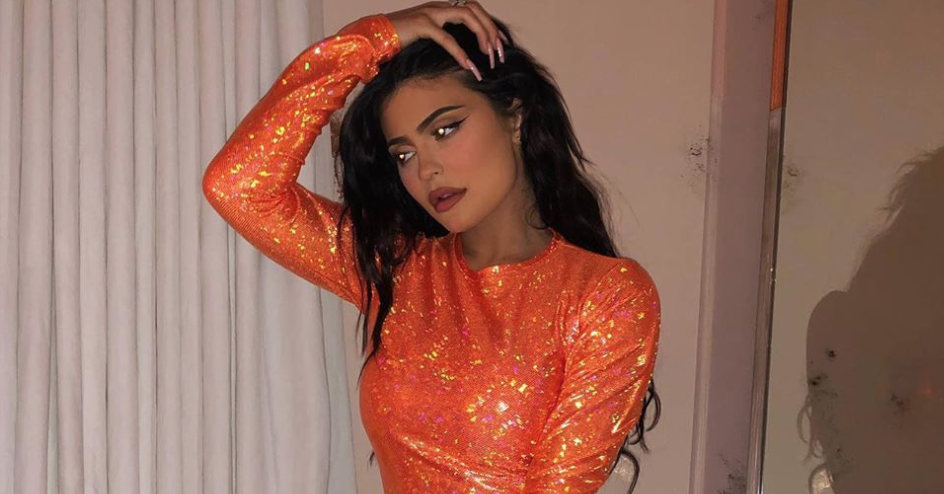 Kylie Jenner may be going through a tough time, but she’s looking great doing it. She posted a new photo of herself on Instagram in a pose celebrating Halloween.

Kylie Jenner posted a photo of herself on Instagram in an orange jumpsuit. She’s wearing a bright orange glittery outfit and posing in a squat. Of course, she looks great doing it. Apparently the outfit was in honor of the upcoming holiday, Halloween.

She captioned the photo: “hi october.. 🧡”

She really does look pretty festive. In classic Kylie Jenner fashion, her hair is long and black and her nails are pretty long too.

Kylie and Travis break up

Travis Scott and Kylie have been a couple for two years now and even share a daughter, Stormi. However, it sounds like the two have split. Everyone wasn’t sure if it was true, but then Kylie mentioned it on her Twitter and cleared up that the two really aren’t together.

“Travis and i are on great terms and our main focus right now is Stormi ‼️ our friendship and our daughter is priority,” Kylie tweeted.

That was the first official notice anyone got about her and Travis calling it quits. There’s no way of knowing yet if this is just a break or if they are really done for good. In addition, no one knows exactly what happened yet. No matter what, they have to co-parent Stormi so they certainly can’t be out of each other’s lives forever.

The internet has been going crazy since the news broke. There were rumors that Kylie was already out on a date with Tyga, but she shut that down on Twitter first.

“The internet makes everything 100 times more dramatic than what it really is. There was no “2am date with Tyga”. You see me drop two of my friends off at a studio that he happened to be at,” she tweeted.

So apparently, she’s really not getting back together with Tyga. But, that’s probably in her best interest. It doesn’t seem like a great time to be bringing back old ex-boyfriends.

Are you sad that Kylie and Travis split? Do you like Kylie’s orange outfit? Let us know what you think in the comments.

Watch new episodes of Keeping up with the Kardashians on Sunday nights!