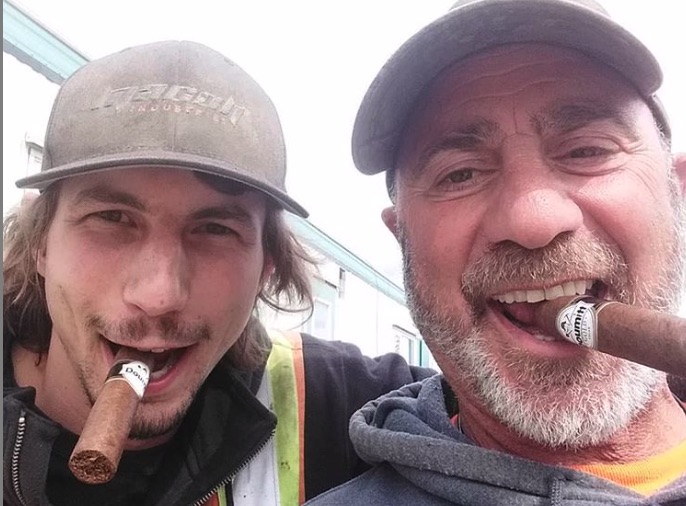 Last weekend, The Times in London interviewed Parker Schnabel about gold mining. Although he has mined around $25 million dollars of gold on Gold Rush, all that money doesn’t exactly wind up in his pocket. How much do gold miners make and how many leave the Klondike millionaires like Parker Schnabel?

Do Gold Rush Miners Keep All The Money?

Every week on Gold Rush, millions of fans around the world watch as the three teams of miners battle Mother Nature, machines and even their own egos, as they try to get as much gold as possible. But, is the payoff worth it? When Parker Schnabel recently spoke to The Times of London, he revealed some of his costs and tips on how to at least break even. Do miners make gold? Parker made an estimated guess.

“I would say the vast majority of people who come up here leave with not much more than they came up here with.”

What sorts of costs do miners incur? Diesel is one huge cost. Parker Schnabel spends $2 million a season fueling up his cornucopia of big trucks. This includes excavators, dump trucks and sluices. These are not cheap. For example, the article reported that Parker paid $1.2 million dollars for a Caterpillar bulldozer. During the season, there may be a need for new parts, as the boulders and permafrost they encounter in the Arctic is hard on machinery. Mitch Blaschke can only perform so many bush fixes. Parts have to be ordered and flown in. That money has to add up pretty quick. All the while, they have to get enough gold within about a four-month period of time.

That celebratory gold weigh-in each week is fantastic, but it doesn’t exactly tell the whole financial tale. Parker explains that in order to weigh in an ounce of gold at the end of the week, you need to excavate “enough dirt and rocks to fill roughly half of an Olympic-size swimming pool.” That is just for about $1,500. To get to a million dollars, you’ve gotta fill a lot of swimming pools worth of gold! Potential gold miners have to realize that all of this effort is just to break even. Parker credits “good decisions” as the other key to gold success. Make a bad decision and you go home with empty pockets.

Parker Schnabel doesn’t believe that gold mining is about gold. The 25-year old Gold Rush star’s gold mining philosophy is about moving dirt. Moving dirt fast and efficiently is key to his success. It can be 20 feet to possible gold. Gold Rush fans know that if maps indicate an old stream or waterfall, they may need to risk it and dig even deeper. That is one of those “good decisions” that better pay off, or you are leaving the Klondike with nothing but a shattered gold dream.

That 20-odd feet of dirt is not just the same dirt. It is two tricky layers before you hit pay.  First, “a layer of permafrost and a layer of rocks before you get to the paydirt.” The permafrost removal is tricky. If you wait too long, the permafrost melts into “black muck” that totally halts your production. The cleanup dirt is called the tailings. This is the dirt residue after the pay dirt has been washed through.  The most important dirt is the pay. This is the dirt where there are hopefully some golden grains and nuggets mixed in. This type of dirt needs to be sluiced. This all takes a lot of labor, and that costs some money, too. Parker doesn’t share what he pays his employees.

Then there is the environmental cleanup. This is done after the team finishes mining a cut. Parker explains that mining actually helps the land, because they have stripped through the permafrost, and more can grow on that land that has been mined.

So you do the math. Based on the bits of information that Parker provided, how much money are the Gold Rush teams really making?

Gold Rush fans, have you been doing your own math calculations? How much money do you think each team spends and makes each season? Share your estimations in the comments section and be sure to come back to TV Shows Ace for the latest news. Gold Rush Season 10 is premiering on October 11, for a two-hour episode.