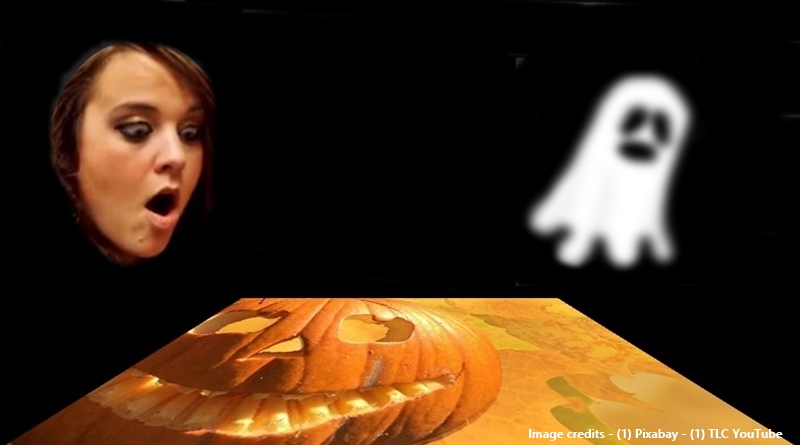 Counting On fans know pumpkin season’s here, and October’s about various ways to enjoy the orange veggie. Most people associate them with the annual Halloween festival as well. So, some of them thought of that when Jinger Vuolo shared a pumpkin season pic and quoted from Anne of Green Gables.

Jinger Vuolo grew up as a Duggar and they definitely don’t do Halloween. TV Shows Ace reported this probably comes from the Pagan association with the festival. In fact, as the Celtic origins included druids and others prophesying, we put one of the reasons down to the bible. We cited the Book of Deuteronomy, which says, “anyone who practices divination or tells fortunes or interprets omens, or a sorcerer or a charmer or a medium or a necromancer or one who inquires of the dead… is an abomination to the Lord.”

The photo that Jinger shared on her Instagram for the fall season showed Felicity with a pumpkin. Of course, most fans thought of Halloween. One frequent visitor to the Counting On star’s  Instagram page, who either knows the family or acts as a self-appointed authority on them, told fans that Jeremy Vuolo celebrated Halloween as a child. But, of course, others know it’s not likely Jinger or Jeremy would do that now. The Halloween association of it may have come from the quote that Jinger used as a caption.

On her post, Jinger wrote, “I’m so glad I live in a world where there are Octobers.” Now, that came from the author of the story Anne of Green Gables by L.M Montgomery. It seemed like just a standard sort of thing to say about pumpkin season, which is, of course, associated with October, the month of Halloween. Interestingly, more and more these days, the story of Anne sees itself make its way into Halloween. Of course, people love their kids dressing up as early American characters. Many girls like to represent other strong women who made a mark in the world. Littlethings.com notes that these include characters like Amelia Earhart and Ruth Bader Ginsburg.

Another popular character these days is Anne of Green Gables. So, it’s no surprise that many Counting On fans associate her with the Halloween tradition. While most fans of the show know the Duggars don’t do Halloween, some of them asked her straight up, “Do you celebrate Halloween?” Others asked Jinger for her thoughts on the festival. She never replied, and possibly never thought of that connotation when she shared the photo. Another noted, “Much easier to go out for Halloween when you don’t have to put a snowsuit over ur costumes 😑.”

“I’m so glad I live in a world where there are Octobers.” 🙌🏻

Some fans never even mentioned the Halloween aspect, and just thought that Felicity looked super-cute sitting next to the giant pumpkin. After all, it came up to her chest! As one fan said rather sweetly, “Nothing more precious than lil pumpkins with pumpkins. 💕🍁💕”

What did you think of the cute pumpkin season pic that Jinger Vuolo shared? Did you also think of Halloween when you saw the Anne of Green Gables quote? Sound off your thoughts in the comments below.