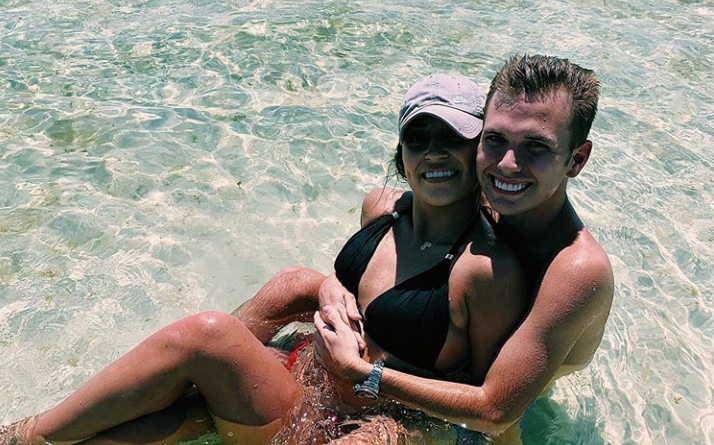 Todd Chrisley and his wife have been in hot water lately for their finances. It seems the deep dive into their business dealing for the case also opened up some trouble for their son Chase Chrisley. According to The Blast the twenty-three-year-old just paid off a tax bill from six years ago of over sixteen thousand. Seeing as how he makes money from endorsements and the show, he shouldn’t have hurt too much from that. Although, it would be a hefty amount for anyone.

His parents have been dealing with money issues as they were indicted in the Northern District of Georgia. The court charged Todd and Julie with 11 counts related to bank fraud and tax evasion. The two were ordered to stay in state and turn in their passports because they aren’t allowed to leave. Their lawyers continue to say they’re innocent and a bad employee was the cause of all the trouble.

At the end of last month according to The Blast, Todd went after the media. He did so because he’s not been happy with the press coverage. Chrisley said his family is the same as any other and it is normal to face strife. He stated what makes them different is they’re on television. He didn’t mention they’re millionaires, but that’s well known.

What Happened to Bring Chase Chrisley To This Point?

The IRS put a lien on Chase Chrisley warning him if he didn’t pay then they would start seizing assets and property. The home had been listed in his name and is located in Roswell, GA. It is a company called Quagmire Holdings and ran by Peter Tarantino. The owner is also involved as a defendant in the case against his parents bank and wire fraud. Tarantino was also a named defendant in Chase’s father Todd and mother Julie’s federal indictment, which accuses them of bank and wire fraud.

Their company 7C’s Productions is a loan out company for their earnings from the show. They didn’t properly file tax returns for three years starting in 2014. They deposited millions and didn’t file taxes on it.  Chase had posted support on Instagram for his parents. He said “I love you dad, the truth will come out. We are going to beat this and come out stronger than ever.” He went on to say how much he taught him about being a man, father, and husband. He also said, his father is his best friend. How sweet, the legal troubles have only brought the family closer together.