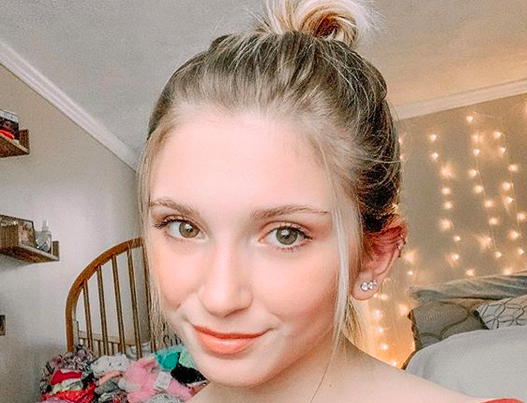 Life as a teen mom of two can’t be easy for McKayla Adkins of TLC‘s Unexpected. Things don’t seem to be going smoothly for McKayla on the show. The show is a little bit behind the stars’ lives. Recently, the show documented the birth of McKayla’s second child, Gracelynn. Gracelynn is now eight months old.

In a recent YouTube video, McKayla revealed that she is dealing with some tough things. In the video, she says, “I have been very unhappy….I’ve been depressed for a little bit now. I’ve been bouncing around on different medications for my anxiety and depression.”

Then, she talks about quitting college. Right now, she is pursuing a career in nursing. She says,

Then, the Unexpected mom adds, “I don’t have time for myself. I don’t have time for literally anything. I go to school, I come home, I study. I’m probably going to have to drop out and get a job, and then go back to college when my kids are older and can understand why mommy’s not around. Because right now they don’t understand…They’re just, like, ‘Mommy’s not around.’ And they’re going to get attached to other people, and that scares me.”

YouTube is a popular platform for people of all ages to post videos to. McKayla uses Youtube to make videos to keep Unexpected fans in the loop. In her recent video, the young TLC star says that YouTube is a source of income for her.

She explains her financial status and says, “I might not be in college for much longer for the simple fact that right now I’m not really making any money because I don’t have time for Youtube, which, as most of you guys know, Youtube is my job. And I just don’t have time for it any more. So I haven’t been making videos, which means I’m broke pretty much. And I need a job, whether it’s Youtube, whether it’s actually going out and getting job, which I’m applying to a few places today.”

Over the past two years, Unexpected star McKayla has been regularly sharing updates via YouTube. In her first video, she explains what it was like to find out that she was 16 and pregnant. Her videos include Q&As, makeup tutorials, clothing hauls, and teen mom life updates.

What do you think of this update from McKayla? Are you surprised to hear about everything that she is dealing with? Leave a comment below!

Jana Duggar Gets Close And Comfy With New Guy – Who Is He?
‘Below Deck Med’: What Made Lexi Wilson Fire Back At Producers?
Todd Chrisley Is Proud Of His Baby Boy Grayson & Here’s Why
Maurissa Gunn Reveals Juicy Boom Boom Room Secrets
‘DWTS’ Pro Dancer Tests Positive For COVID-19 Ahead Of Live Show – What Now?