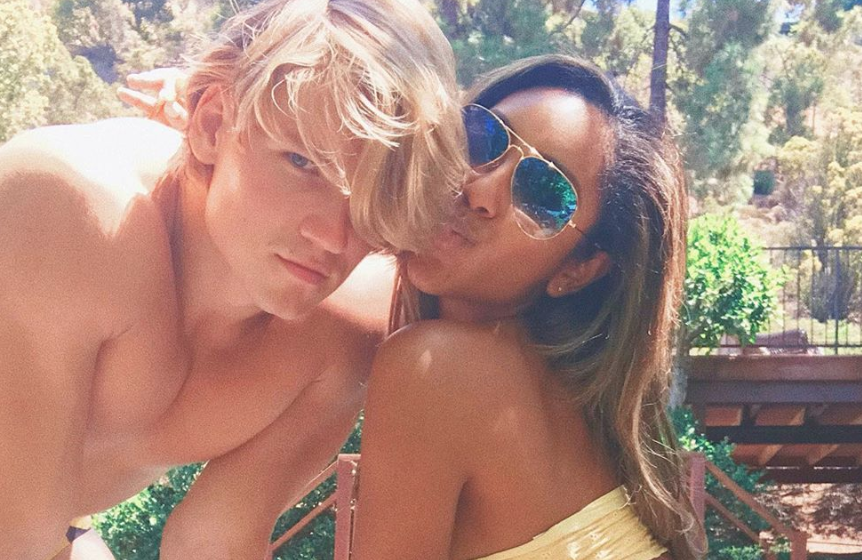 It’s been rumored that Tayshia Adams and JPJ broke up after they got back together at the end of Bachelor in Paradise. However, Tayshia and JPJ have totally been acting like they are dating. Are they faking?

Tayshia and JPJ had a rough end but actually made it back together for the final episode of Bachelor in Paradise. Since everyone has thought they broke up again. Reality Steve has even tweeted saying that the two split after the reunion. Now, Steve has his moments, but he is usually pretty close to right. What doesn’t add up, is the fact that they continue to post photos and act like they are dating.

Some fans think they are faking their romance and just wonder when it will finally end. However, it sounds like they really might be dating still for real. According to Cosmopolitan, they are constantly posting about each other on their stories. It’s a little bit harder to lie on a story than it is a post. That is unless they are really dedicated to faking. Although, it doesn’t seem like there would be much of a point in doing something like that. It’s not like there’s a prize for staying together.

Supposedly, the two are still planning on living closer together to make their relationship even easier. According to Cosmo, they said during the reunion that they both want to move to LA instead of living long-distance.

“That would make our dating situation easier. We’re just taking it one day at a time,” JPJ admitted.

While they were kind of odd, Tayshia and JPJ were a seemingly cute couple. However, it didn’t seem like Tayshia was very committed to JPJ. She proved herself when she chased after him when she broke his heart. However, there’s no telling if she would be willing to run again at the first sign up trouble.  No one will ever know unless they finally admit to faking everything they are posting on social media about each other.

Do you like Tayshia and JPJ together after Bachelor in Paradise? Let us know what you think in the comments.

Come back to TV Shows Ace for news on all of your favorite reality TV stars. If Tayshia and JPJ really do break up, you won’t want to miss out.