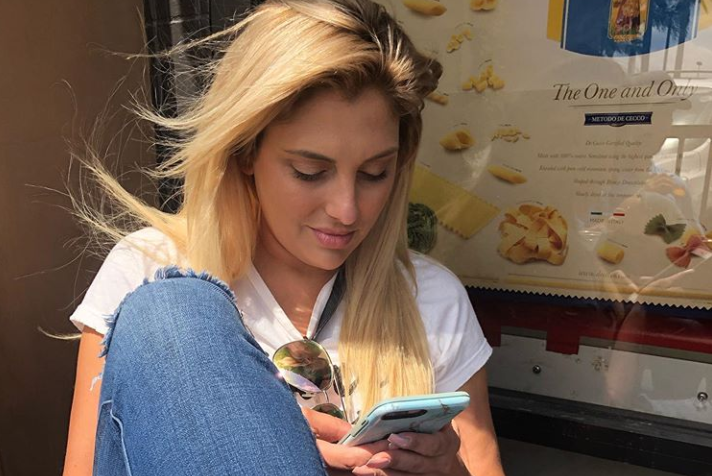 Gina Kirschenheiter has had a year of ups and downs. With the reveal of her new boyfriend on social media, it would seem this is one of the ups in her life. She doesn’t want people to think her ex-husband is a monster. Gina wants people to understand she still has compassion for Matthew as they try to work through the divorce process.

Gina told People, “There is a part of my heart that feels bad for Matt because he wasn’t really a part of this to begin with and he’s not a monster.” She went on to say it’s an emotional time and people make mistakes. These mistakes ended up getting him arrested for false imprisonment and domestic violence. She stated he had made a lot of mistakes, but she seems to forgive him.

Always find a reason to laugh. It may not add years to your life but will surely add life to your years ❤️

How are Gina Kirschenheiter and her ex working through their divorce?

Gina Kirschenheiter said the way they communicate with each other is through a website. The fact that they’re apart is good for their kids, she said. The communication through the website helps them have a healthy co-parenting relationship. It keeps them in bounds Gina claims. Co-parenting seven-year-old Nicholas, five-year-old Sienna, and four-year-old Luca can’t be an easy task. The two were together for eleven years and married for eight. At one point after they separated Gina maintained they were still best friends. Things changed after the attack and arrest when Matthew threatened her life and choked her while their children slept.

Fans are wondering if she’s just having a momentary moment of love for her ex, because she’s been happy to talk about him before. There was the whole Gina Kirschenheiter saying Matthew cheated on her thing during an episode of RHOC. Matthew did not respond to her allegations of cheating even though Gina said he was still in a relationship with another woman.

Gina said some other things happened in the past, including an argument last year that involved a shotgun. The two have had a tumultuous relationship so if they can figure out how to safely and effectively co-parent that will be good for the kids. If not, they may just want to stay away from each other. She wanted to make it clear at the end of the interview that they are good on the kids and he’s a really good dad. She said their arguments are not about the kids and there’s no custody battle. Fans wish her the best with this and with her new relationship.