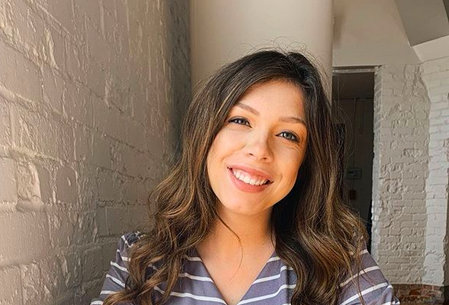 In the Duggar family, most of the grown children have chosen to use social media once they have gotten engaged or married. Several of the couples have decided to share accounts. This includes Joe and Kendra, Austin and Joy-Anna, and John and Abbie. Of course, this isn’t a rule. Jill and Derick Dillard have separate accounts. So do Josh and Anna, Jessa and Ben, and Jinger and Jeremy.

Another couple that shares an Instagram account is Josiah and Lauren Duggar. This couple’s Instagram account, in particular, is causing some concern among fans. Fans have been quick to notice that Joe, Austin, and John appear on the shared Instagram pages but don’t seem to be posting. Their wives share pictures and videos.

If you’ve seen my stories my hubby surprised me with a day full of activities. We had such a fun and special #dateday! Honey, you’re so thoughtful -best part was being with you 🥰

Josiah and Lauren’s account is little bit different. They both appear to be doing the posting, especially for special days, such as Mother’s Day. This itself is not the problem. Fans don’t think it’s wrong for Josiah to use social media to share pictures and messages. They just aren’t so sure that he’s the one using social media, even when a post comes from his perspective.

Duggar fans have started to notice issues with the posts that Josiah is sharing. In particular, the post he supposedly shared on Mother’s Day is raising some questions.

The main reason that some of the couple’s followers are suspicious about this post is because of the writing style. Fans think that Josiah’s writing style in this post is very similar to Lauren’s writing in other posts. Fans are also suspicious because Lauren seems to do most of the posting anyway. Though it would make sense for Josiah to post on Mother’s Day, he doesn’t seem to do a lot of posting.

To my dear Lauren… Happy 1st Mother’s Day! I have seen you love, protect, and how much you have given without getting anything in return. I wish our sweet baby could’ve seen just how wonderful a mother you are. Not all mothers arms get to hold their little one, or get to hear their baby’s laughs and cries. You may have missed out on these things since our baby was called home to be with Jesus, but you ARE a mother. I love you Lauren! -Si #mothersday #happymothersday #mamatoanangelbaby

Fans are also starting to speculate why Lauren would be posting on Josiah’s behalf. They think that she might wish he posted sweet messages for her. For some people, public recognition like this is important. It could also be that she wants to create a more perfect image on social media. In reality, Josiah might not care about social media.

Duggar fans haven’t decided on one particular reason that Lauren could be posting for Josiah. There’s also the chance that the two just happen to have a similar writing style. It’s unlikely that Duggar fans will find out whether their speculations are accurate or not.

Counting On fans are also concerned about Josiah in general right now. TV Shows Ace reported that, “They think his smile and whole persona in the picture Lauren recently shared was forced. He doesn’t seem like the happy and funny Josiah they all know and love.”

The Duggar family returns to TLC’s Counting On on Tuesday, October 15. Stay tuned for updates.