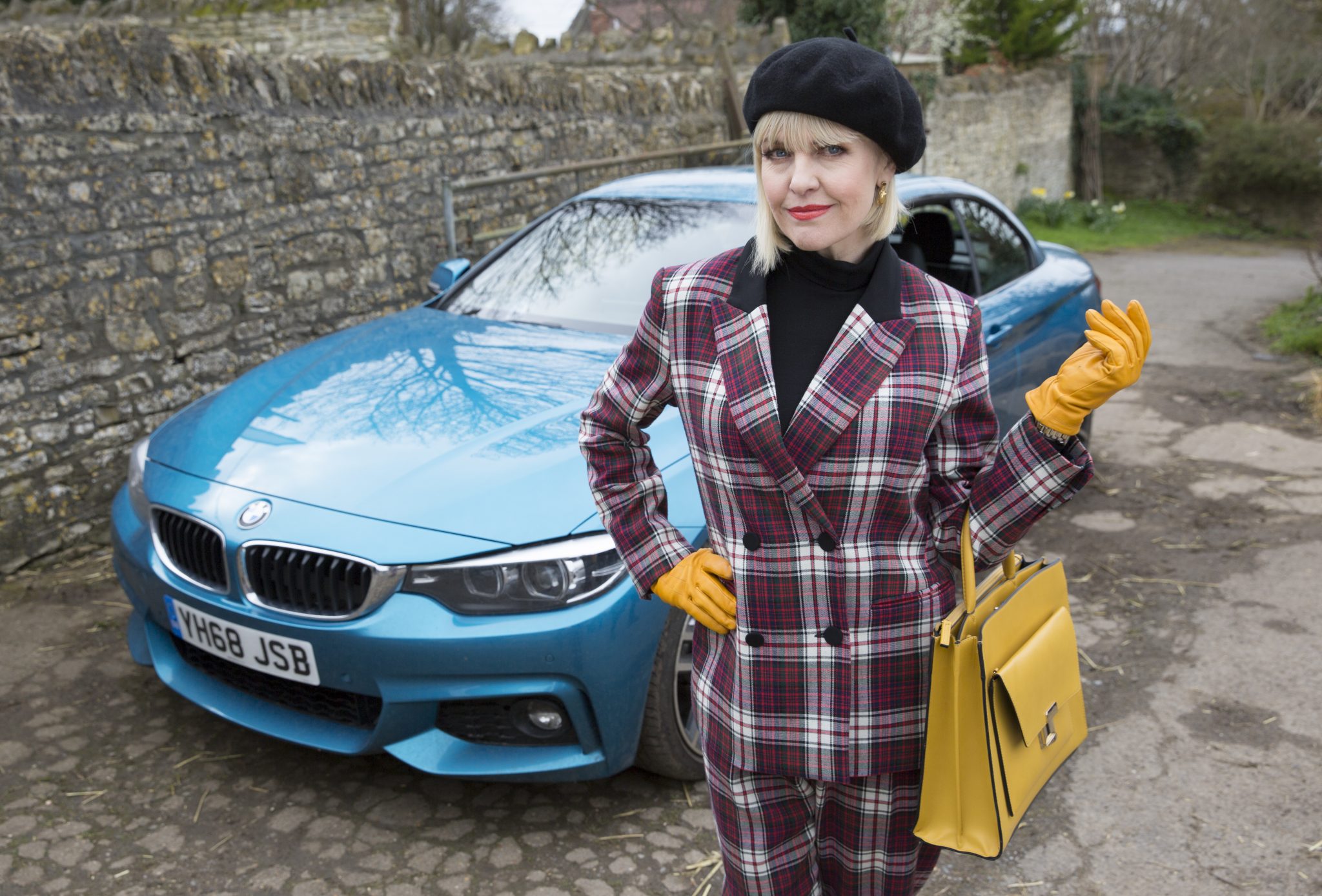 On Tuesday, the Agatha Raisin & The Haunted House official trailer was released by Acorn. The first Season 3 mystery is a spooky one! Agatha Raisin Season 3 also brings in a new character. What is the latest news and when is Acorn TV dropping this first mystery?

Agatha Puts Up Her Shingle

Agatha Raisin is back on Acorn TV for a new season of mysteries and mayhem. Former PR guru Agatha Raisin (Ashley Jensen) is no longer an amateur sleuth. She has put up her own shingle and is ready to professionally solve any mystery. But, there seems to be a shortage of unsolved murders around the charming Cotswolds area where Agatha and James Lacey (Jamie Glover) reside. Even Roy Silver’s (Matthew Horne) top PR skills cannot drum up more business. Then James decides that they need to check out a haunted house that not even the police want to visit.

In this spooky-themed mystery, Agatha Raisin & The Haunted House, we find Agatha battling ghosts and a dead spirit at the haunted Ivy Hall. But when a real murder occurs, Agatha discovers that there is a handful of unusual suspects, with quirks and personalities that fans of the Acorn show love to follow. There are plenty of gags and antics and even a reenactment group with the sinister name of The Crossed Swords. The world premiere is airing on Monday, October 28, during Halloween week, on Acorn TV.

There is a new face for Season 3. This is Toni Gilmour (Jodie Tyack) who serendipitously helps out Agatha with her impressive superpowers. She brings the same sort of fun millennial quirkiness and fun to Agatha’s detective agency as Sebastian Brudenell (Patrick Walshe McBride) brings to Shakespeare & Hathaway.

Who else is returning for the third season? Besides James Lacey, Agatha’s love interest, her pal Roy Silver is back, adding some humor and charm. Detective Bill Wong (Matt McCooey) is returning and is playing a secretive role in Agatha’s new agency. Jason Barnett is returning as the clueless Detective Inspector Wilkes. He will be seen in the upcoming Netflix extravaganza,  Bridgerton, portraying Jeffries, Simon’s dutiful butler.

Also returning to Season 3 are Agatha’s Cotswold friends who help her solve her murder cases. This includes Sarah Bloxby (Lucy Liemann) is back and is Mrs. Boggle (Marcia Warren). They mention their husbands, both who were physically part of the first season, but are no longer part of the current cast. Lastly, that bit of British aristocracy, Sir Charles Fraith (Jason Merrells) is back, giving Agatha access to some of the most elite Cotswolds households.

Agatha Raisin fans, did the new preview get you excited for the new season? Share you comments and be sure to check back with TV Shows Ace for the latest mystery news. Acorn TV will drop Agatha Raisin & the Haunted House on October 28.

Todd Chrisley Is Proud Of His Baby Boy Grayson & Here’s Why
Disney+ Day Is November 12, All The Good Stuff You Need To Know
‘Storage Wars’ Barry Weiss Is Back, Asks ‘Did You Miss Me?’
Jim Bob Duggar Predicts Insane Number Of Grandchildren He Could Have
Why Kim Kardashian Claims She Is Moving Out Of Her $60M Mansion