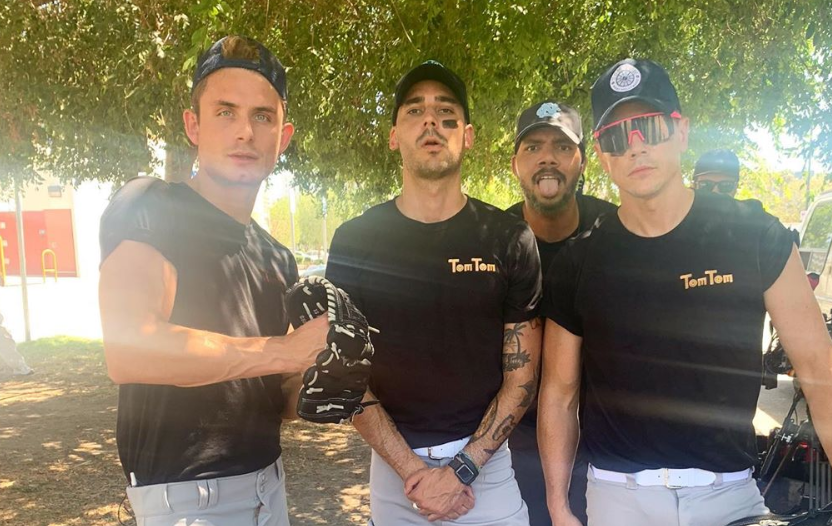 Recently Jax Taylor of Vanderpump Rules went on an unfollowing spree. One of the people he didn’t just unfollow but blocked was his friend Tom Sandoval. The reality star isn’t taking it too seriously. He started to Hollywood Life that it could have happened by accident because he was at his house two weeks earlier. He said he blocked him, Scheana Shay and Kristen Doute.

Tom’s girlfriend Ariana Madix wasn’t buying it. She told him she didn’t think it was an accident. This seemed to surprise Tom. She said, “he’s a blocker, I don’t know when it happened because I have him muted on social media.” Some of Jax’s other co-stars have said he’s the type of person who will just block you.

Last time I went camping with the Angelo FAM(my mom’s side) I was in the single digits! It was so much fun being unplugged. Also it was the first time for @ariana252525 kayaking 👍🏻 love the Current River

Tom looked at Ariana and said, “Maybe he was having a bad day.” He hadn’t read the action the way his girlfriend had. She said Jax blocks people a lot and that was the reason she muted him. The bartender himself has been very aloof about the unfollowing though fans speculate something happened during the taping of Season 8. Jax just said when he gets in a mood or goes through a phase, he blocks people. Jax said usually after he’s had some drinks according to Reality Blurb. He said it’s hard being around people all the time and then being on social media. He wanted a break.

Brittany Cartwright, his wife, and fellow SURver, is still following everyone he blocked. Kristen and Ariana were her bridesmaids so they were close at one time.  Jax said Brittany never gets upset with anyone. He’s the one rocking the boat. It seems from the interview, Ariana is a little more socially aware than her man.

Ariana Is More Aware Of What’s Going On

Ariana also recently had to defend her and Tom Sandoval’s home against Lala Kent’s shade. The rival of 50 Cent said their house didn’t have any furniture and wasn’t as nice. While she dissed their home she raved over Brittany and Jax’s. Instead of coming after Lala, she tweeted that they are just enjoying taking their time furnishing the home. According to Reality Blurb, she said they didn’t care to just fill it with stuff. Ariana said, “she can diss all she wants. She doesn’t live there.” She added a shrugged emoji. It was a classy reply.

Fans will have to tune into the show to see if there was actually any real beef that caused the blocking. Vanderpump is known for having quite a bit of drama.