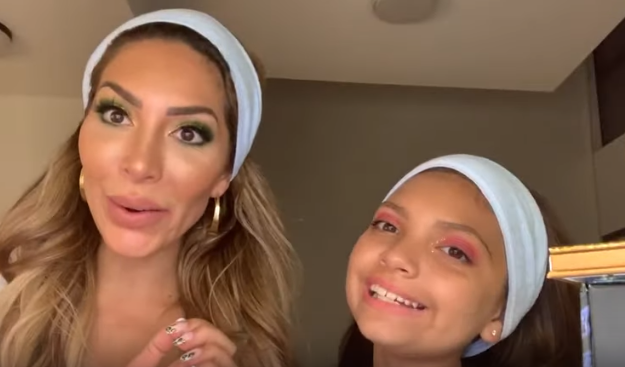 Being in the news isn’t foreign to Farrah Abraham. The former Teen Mom star sees constant criticism for many things. Headlines constantly hold her name, whether it’s her wardrobe malfunctions or her political beliefs. Her daughter, Sophia, is no stranger to the tabloids either. The 10-year-old is an aspiring actress and model, as well as having already been a business owner of a clothing store.

Farrah Abraham’s daughter got an early start on her career 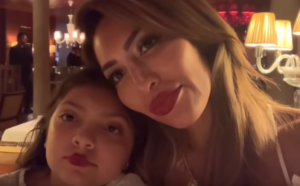 For someone who has only been around for a decade, the kid has surely found her fair amount of success. Recently, she traveled with her mother to Venice and Paris, before walking some runways for the New York Fashion Week. This isn’t all she’s done, she’s been starting her career as an influencer. Her Instagram alone has 738,000 followers, even though it’s rumored to be run by her mother.

The Abrahams recently talked with Daily Mail TV about their careers. Farrah and Sophia were asked how they stay positive throughout the drama they’re always being hit with. Sophia fired off, “I just ignore it, and be like you’re a f***ing hater.” Her mother quickly interjected to correct her statement, “No, we don’t call anyone names,” she joked.

According to CheatSheet, the reporter didn’t seem to mind Sophia’s colorful language, but many Teen Mom fans did. Fans began spouting off their opinions as soon as Abraham posted the clip on her Instagram. Some really just couldn’t believe what they had heard, “She really just dropped an F-bomb on TV,” one disbelieving fan commented. “I know I didn’t hear what I thought I just heard… that CHILD is something else… sad,” another commented.

Is this a sign of bad parenting on Farrah’s part?

Some are seeing this as a reflection of bad parenting on Farrah’s part. “Wow, Sophia’s cursing now. WTF, nice parenting skills Farrah. No 10-year-old should curse like she did. If my kids cursed I would have grounded them or done something to teach them not to curse,” a passionate parent wrote. Some looked more to Sophia for her behavior, rather than her mother. A comment pointed out that cussing is probably one of the most normal things she does.

#regram #teenchoiceawards With the one & only @sophialabraham ! we may not of posted our selfies but loved the after party ! Loved all the inspiration for our kids and the next generation! Supporting my mini me in all she sets her mind on! 🌟 #singing #acting #traveling #doit #tca #farrahabraham #sophiaabraham

Some critics were shocked by the behavior while others see it as typical for the Abraham family. Fans are speculating that the former reality star might have instructed her daughter to be provocative. It seems to be a tactic fans are seeing from Farrah Abraham to gain media attention. A critic has declared that Farrah is exploiting Sophia to do the same, they say she’s all about shock factor.

There are always loyal fans out there who will defend Farrah and her daughter for their behavior. A fan noted in the comments that kids her age curse all the time these days and they really have no reason to judge her. This might be true, but it’s learned early on not to swear on television. Ultimately, it’s up to Farrah Abraham to teach that lesson to her daughter, and Instagram comments aren’t likely to change that behavior.