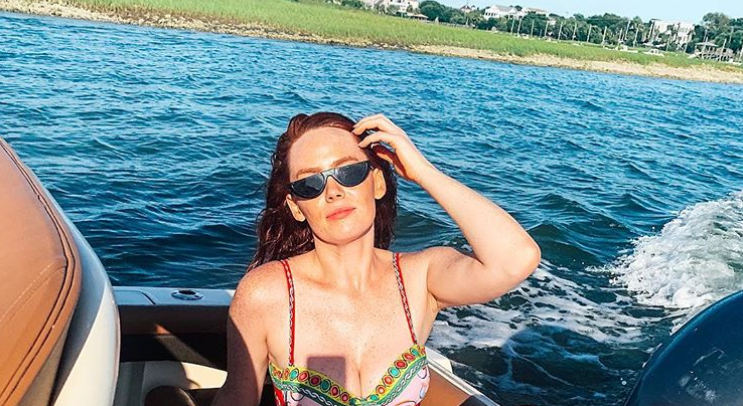 Kathryn Dennis can’t seem to catch a break. Even when she’s being good, someone is trying to come after her. This time that trouble came in the form of Ashley Jacobs ex-roommate Lara Dawson. She apparently accused the Southern Charm star of stalking her. In a bizarre accusation, she said Kathryn was hiding in her closet and, “stalking her with a black guy.”

Ashley Jacobs, who has had issues with Kathryn before, also had issues with Lara, according to Reality Blurb. In fact, it was Lara Dawson who helped Kathryn in her never ending custody battle with her ex, Thomas Ravenel. She filed an affidavit and submitted texts Ashley had sent to her about Thomas.

Thank you 🙏 to everyone who came out to help us aid the children in the Bahamas @intervolroc 🇧🇸 what a wonderful day. If you weren’t able to make it donations are still able to be made through Venmo @intervol-inc 🧸💛

Kathryn Dennis was not hiding in a closet

The strange accusations against Kathryn Dennis started when Lara placed two phone calls to police. She told her Facebook fans her phone had been hacked since June. Ashley Jacobs lived with Lara after splitting with Thomas for good. Eventually, she was kicked out of the house. Lara claimed Ashley mistreated her father who has Alzheimer’s disease. When Ashley came to get her things and got into an argument with him, Lara called the police. After this was when she decided to help Kathryn with her case. Lara reported put in the affidavit that Ashley told her things about Thomas when they would break up. She said this including that he drinks a lot and that Ashley was having to take care of his children.

Starcasm reported after she helped Kathryn, Ashley had some things to say about her former friend. She said she popped pills and did this out of revenge against her. Jacobs also said she was a pathological liar and stole from her. Then she took a dig at Laura and Kathryn saying, “makes sense her and Kathryn would team up they are both mentally ill.”

Lara was dealt a felony charge after accusing Kathryn Dennis of stalking her. The charge was for filing a false police report. She was then placed on a seventy-two hour psychiatric hold when she threatened suicide. She will have to go to court in November. Police confirmed Kathryn Dennis was not stalking Lara nor was she hiding in her closet at any time. Starcasm reported Lara is going through a difficult time in her life. She has just finalized a divorce and has a small daughter with her ex. Hopefully, after she gets some help, she can start to heal.