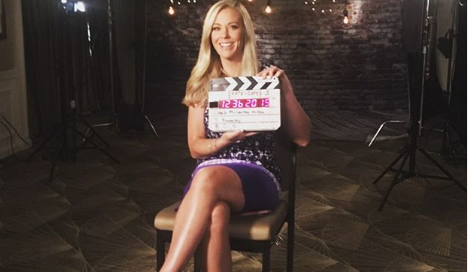 Tv Shows Ace recently reported that a gag order had been lifted and Jon Gosselin was telling it like it was. He claimed Kate Gosselin was a selfish, narcissist and it was the reason two of their children lived with him. Hannah and Colin Gosselin live with Jon.

According to In Touch Weekly,  Kate Plus 8 decided to cover their two older children, Mady and Cara as they prepared to leave for college. They did a special college tour episode for this. A producer asked why Hannah wasn’t along. Kate responded she was with her dad, so she didn’t get to come. She went on to say it was the second trip she hadn’t been with them on.

Kate Gosselin Missed Hannah Being With Them On The Trip

Kate Gosselin continued in a confessional, “Hannah … it was sad for us because … you know, they’re getting older, and they’re making different choices, and they’re doing different things.” She went on to say she stayed back with her dad which was her choice. It wasn’t optimal for her, she said, but she supports her daughter.

A source said Kate hates that Hannah chose to live with Jon over her. They kids are getting older and asking questions, especially with their dad talking to the press. There are some that are still on Kate’s side, but Jon’s side is getting stronger. She doesn’t speak to Hannah that much according to the source. They also said she’s never attempted to get custody of either Hannah or Colin.

Jon said Kate Gosselin completely alienated Hannah and left Colin in a mental institution. He said he didn’t know where his son was until his girlfriend slipped him a note. Jon claimed she didn’t visit him while he was there. He said his son was caged there and painted Kate as an uncaring mother.

This could be the reason Hannah didn’t come along with her mother. Without hearing it right from their daughter though, fans may never get the truth.  If anything something made the two children choose their father over their mother, and like Jon said, one day maybe they’ll tell their story.