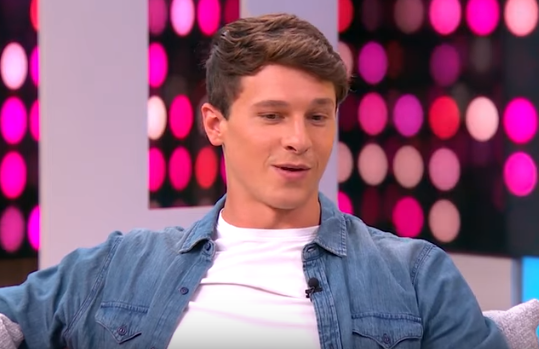 After filming The Bachelorette and Bachelor in Paradise within just months of each other, Connor Saeli is recovering.

Connor Saeli says his time on both shows was “heartbreaking”

One big happy family! 🌹Very thankful for these people.

Connor first began competing for Hannah Brown‘s heart on season 15 of The Bachelorette. Later, he began dating Caelynn Miller-Keyes during Season 6 of Bachelorette in Paradise. The relationship didn’t last long, because the former pageant queen decided to leave with former Season 6 contestant, Dean Unglert. Caelynn and Dean met at the beginning of the summer.

“To be honest, the whole Paradise and Bachelorette situation as a whole, to me, was a little heartbreaking,” Connor told UsWeekly. “You go onto The Bachelorette and you’re hopeful that it might work out for you. You realize that there are 29 other guys, so the odds are slim. And then going into Paradise, you’re even more hopeful that this is actually going to happen.”

Saeli started dating Whitney Fransway after his romance with Caelynn. Fransway originally appeared on Nick Viall’s season 21 of The Bachelor. The couple had spent some time together at his hotel in Mexico after the show but called it off just two months after returning home.

“For it to not work out with Caelynn and not work out with Whitney. Then to see all your friends like Mike, Tyler, Dylan, and Peter who’s the Bachelor now, it’s all going to work out for them. It’s kind of a bummer, going through this whole situation and not having it work out,” Connor continued. “But I’m definitely hoping I’ll find my person.”

The split from Whitney didn’t break Saeli, he is still looking for love

Saeli added that the split was mutual and that they were still on good terms. He went on to explain that they had spent three days together and then immediately started a long-distance relationship. The other couples were able to spend some time together on the beach, really get to know each other and if they wanted to be together. Connor and Whitney didn’t get that time. He said the two months after the show was basically their time in Paradise. He said they had a lot of fun together but just weren’t meant to be in a relationship.

Connor said he is still open to love even after the heartache. He described his ideal girl as someone who’s driven, adventurous, and outgoing. Those qualities are really important to him. He went on to say that he believes it’s important for him to love himself before he can give love to someone else. It’s very important to him that they live their own lives and support each other, while still being together, because independence is important.