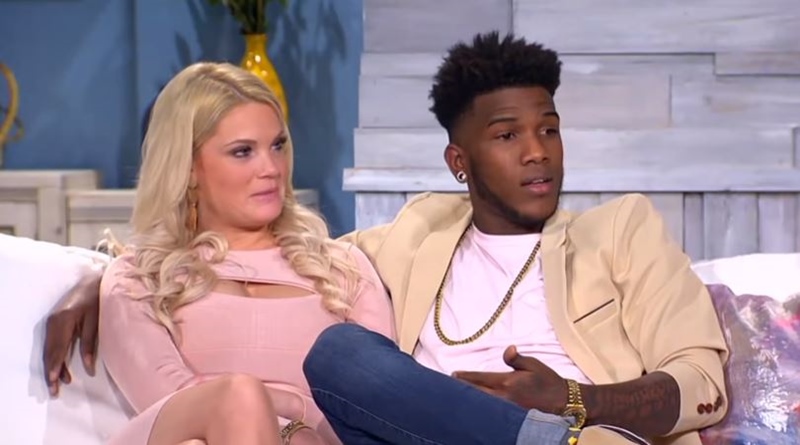 90 Day Fiance fans heard that Eric Nichols, Larissa’s ex-boyfriend celebrated getting his IG verification this weekend. However, on Sunday night, Ashley Marston shared an Instagram Story, and it looks like she got denied. Actually, she’s not the only one struggling with this, from the TLC show. But, she’s been around for quite a long time and uses her IG almost around the clock. So what could be wrong?

TV Shows Ace reported that Eric celebrated getting his blue verification mark. We noted that he got quite “sassy” with trolls and haters in his post. We also took note that “Eric Nichols was only featured a bit in the actual TLC show, during the Tell-All.” So when they heard the news, many of Larissa’s fans got resentful. And, they let him know it. In the same article, we noted that Colt’s mom, Mother Debbie struggles to get her verification, but Eric offered to help her with it. She admits she might be doing something wrong.

But, other 90 Day Fiance cast members also seem to encounter problems. One of those is Ashley Martson. We saw Ashley and Jay Smith in Season 6 of the show. It all became a bit sordid and unpleasant, especially after Jay got detained, and Ashley admitted to throwing a fire extinguisher through his apartment window. Jay’s sister took off after Ashley, and the two women spewed out a lot of bad things about each other. Several times, posts got removed by IG for violating their terms of service. Could that be the reason why she struggles?

Sometimes on Instagram, people without thousands of followers get verified. At other times, people with hundreds of thousands don’t get it. The initial application’s easy enough. As the Follows.com blog points out, you need to go to the verifications page, agree to a few terms, fill in some stuff, and submit your ID verification. Simple! But, not so simple, as one of the main clauses relates to the Terms of Service and Community guidelines. There’s the sticking point.

When you don’t get verified, they tell you that and note that you need to wait for 30 days before trying again. That’s what happened to 90 Day Fiance‘s Ashley Martson, judging by her IG Story. What they don’t tell you, is what you did wrong. So, it’s a bit hard to fix something that you don’t know is wrong. There’s a lot of mystery and guesswork involved.  But, if you ever take the time to actually read all those terms of service, it looks easy enough to make a wrong move and trip up on IG. And, is it worth it anyway?

What went wrong for Ashley Martson – a theory

Now, we don’t know for sure, but it’s possible that Ashley never got verified because something never met the community guidelines or terms of service. And, it’s possible Instagram’s got a forever memory. One clause on IG says, “We must not have previously disabled your account for violation of law or any of our policies.” Now, Ashley and Jay got busted for running a fake account. Ashley ended up apologizing if you recall. Pop Culture reported on that back in February.

In their article, they noted that “90 Day Fiancé star Ashley Marston is breaking her silence after being accused of fraud following reports that she and husband Jay Smith leaked their own information via a fake Instagram account.” Well, they not only risked violating their NDA agreement with TLC but probably also violated the terms of service of Instagram. It all got revealed, “after Smith accidentally went live on the Instagram account callingyououtfraud2.” Additionally, they leaked information about the couple including their recent divorce filing.” So maybe the backlash from that caught the attention of IG verification people.

Suggestions for the 90 Day Fiance star, anybody?

Other possibilities include sharing posts that Instagram deem to be rather naughty. Instagram sometimes deletes these. And, when you apply for verification, it looks like they have a way of checking up on that. So, in the long and varied history of Ashley Martson on Instagram, those maybe some of the reasons. But, we note that we just don’t know for sure. Do you know a bit more about why someone like Eric Nichols got verified and long-timer, Ashley Martson gets denied? Sound off your thoughts in the comments below.

Remember to check back with TV Shows Ace often for more news, opinions, and theories about the cast of 90 Day Fiance.