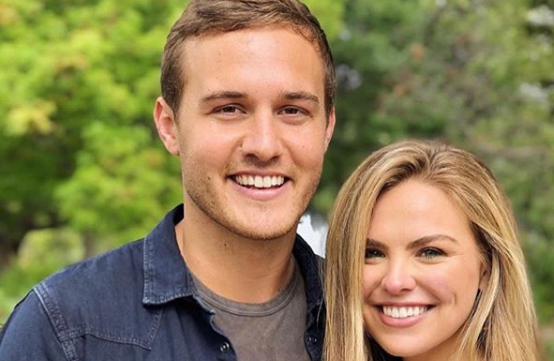 Peter Weber flew into fan’s hearts as a contestant on Hannah Brown’s season. He made it to the final three and the Fantasy Suites. Then the pilot was sent home. It was devastating for him because he truly said he loved Hannah B. They’d shared so much passion and like she told Luke when he badgered her some very intimate moments.

However, now he’s filming his own season of The Bachelor which Hannah Brown has said is way better than being a contestant. When he got the news he’d be the Bachelor he said he lost his mind and went crazy.

Peter was ecstatic to get the job and while fans are both thrilled and upset, he’s pledged to do his best. According to The Cheat Sheet, and Dylan Barbour, flying planes and stealing hearts aren’t Peter’s only talents. He’s already been out on a country-themed date with one of the contestants.

According to Just Jared, Miss Louisiana USA, Victoria Paul was the lucky lady. They learned to line dance, rode a mechanical bull, and did a lot of kissing.

What Talent Did Dylan Barbour Reveal Peter Weber Has?

Peter Weber making it over Mike Johnson left a bad taste in some fan’s mouths. That’s especially true for those who wanted their first African American Bachelor. Some people stated they were bored with the same thing. For his part, Mike Johnson said he was bummed when he didn’t get it. After thinking about it though he was pleased that now he could just focus on finding his queen. Since he’s talking to Demi Lovato maybe she will be the one!

Fans are still going to tune in no matter what because of the pull the show has. Dylan Barbour for his part thinks both of them would have been a great choice. He said that Peter is going to surprise a lot of people. Dylan also revealed something secret he knows about the next man of the roses.

He said he’s, “a great magician.” Barbour said he knows some cool magic tricks he learned from his grandfather. He said Weber has some really cool card tricks. Barbour is looking forward to Weber’s season. About Peter he said, “he’s smooth, he wears his heart on his sleeve, he’s really good at communicating. So I think it’s gonna be a really cool season.”

Don’t miss watching Peter Weber as The Bachelor starting on ABC in January of 2020.