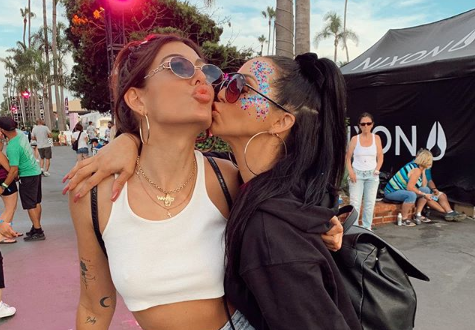 As Vanderpump Rules gets ready for its eighth season, the show is shaking it up with some new cast members. When a show has been on for eight seasons, new cast members are a necessary evil. The new season is apparently bringing on a few new cast members, including a friend of Scheana Shay’s.

There’s not been a lot released about the new cast members, and most of the information fans have gotten has come from Jax Taylor. If Hollywood Life is right, soon Scheana Shay will have an ally within the cast, her best friend Janet Elizabeth.

Jax talked about the new cast members in an interview a couple weeks ago. He said he’d only hung out with one new one and they were quite young. Jax seems to be sticking around home more since he married Brittany Cartwright. This is a good sign he’s changed a lot since Season One. He did mention he thought they were quite naive and thirsty. New cast members, especially young ones, will bring drama for sure.

Who is Scheana Shay going to have join her as a co-star?

Scheana Shay, who has been a cast member for seven years on Vanderpump Rules, is probably thrilled her best friend is coming on the show. Janet Elizabeth has been her co-host on her podcast Sheananigans, so some fans are familiar with her already.

A source says they’ve been friends for years and Janet supports Scheana completely. Neither party has confirmed, but Scheana had hinted there would be plot twists with unexpected things coming to the new season. She said it will definitely be entertaining and fans can’t wait.

Scheana Shay can probably use an ally to bounce off of. Who else will she talk about all her day dates with? She’s been seen making out with Robby Hayes and cuddling with DeMario Jackson, but one is just a friend and the other is casual. Since her Instagram motto is, “catching flights, not feelings,” she’s living her best life. Scheana is certainly not looking for anything serious right now.

There’s a lot of things to unpack this season already. There’s Jax Taylor unfollowing and blocking some of his cast mates. There is also the falling out of Kristen, Stassi, and Katie, which fans are trying to figure out.  In addition, there’s the news that Tom and Katie weren’t actually married, and Lance Bass leaking it in a podcast. Many things will happen this season as the show just keeps getting better.