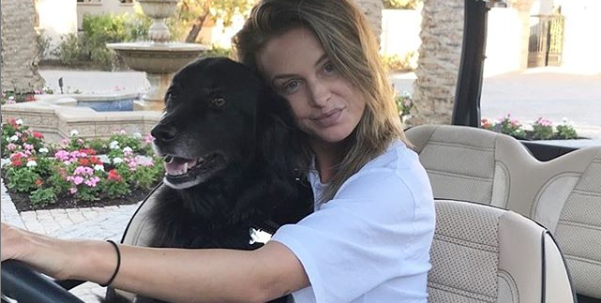 Lala Kent loves to talk as proven recently by the whole 50 Cent scandal and troll clinic he put on. The Vanderpump Rules star went on Watch What Happens Live and dished on her co-stars this time. A fan wrote in and wanted to know what she thought of the cast’s recent home purchases.

She said she loved Jax Taylor and Brittany Cartwright’s house. The two own a $1.9 million dollar house in Los Angeles. Lala Kent said she loved their backyard and the house was very homey. According to Reality Blurb she kept talking and threw shade at another couple’s house.

She just got out of the heat from the 50 Cent debacle. She should know by now saying anything less than kind about a cast member can blow up rather quickly. According to Reality Tea, Randall Emmett actually posted to 50 Cent on Lala’s behalf.

He said, “time for us to bury the hatchet! I apologize, we never wanted to upset you and won’t happen again. While 50 didn’t acknowledge his post, he did delete some of his pictures.

Can you guess where I am?

Whose House Did Lala Kent Throw Shade At?

Lala Kent didn’t seem as enamored with Tom Sandoval and Ariana Madix’s house. The couple bought a five-bedroom, five-bathroom farmhouse. It was $2 million and close to Tom Schwartz and Katie Maloney. Lala said, “I mean Tom and Ariana don’t have furniture.” Pictures of Tom and Ariana’s gorgeous home accompany the article and they do actually have furniture in the rooms that are shown.

So, it’s not clear why Lala Kent decided to take a dig at their purchase and praise her other co-stars. Lala has continued to keep herself in the news this week. According to Inquisitr, Lala Kent went to support Randall Emmett at the premiere of The Irishman in NYC. She’d gone there to find the perfect wedding dress. Showing up on the red carpet of the New York Film Festival, she wore a cut-out dress in black and hair teased to heaven. The film got a great reception and Emmett was beaming.